Microsoft today rolled out new Cumulative Update KB3124200 for Windows 10 for PCs. This should be the last update to the OS until January of next year.

Microsoft today rolled out new Cumulative Update KB3124200 for Windows 10 for PCs. Microsoft hasn’t released much information about the update other than it offers improved functionality. It also brings your build version from 10586.29 up to 10586.36. 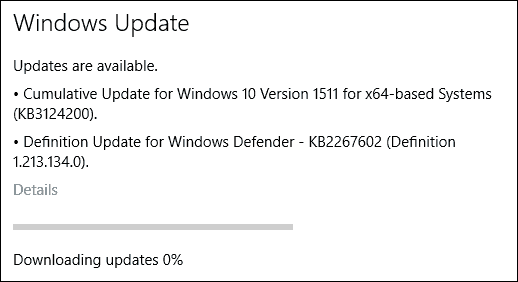 According to the Microsoft Support page regarding this new update:

Windows 10 Version 1511 updates are cumulative. Therefore, this package contains all previously-released fixes (see 3116900). If you have installed previous updates, only the new fixes that are contained in this package will be downloaded and installed to your computer.

Of course, you also will need to reboot your PC to complete the update process. But you can always schedule the restart for a time that works best for you. For more on that, read our guide on how to schedule Windows 10 Update restarts.

After the restart, launch Run from the hidden quick access menu, type: winver and hit Enter. There you can see that your Windows 10 build number has jumped up a bit. 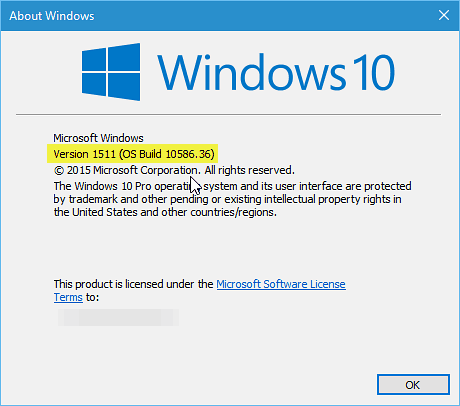 These should be the last updates we see to Windows 10 until January while the Microsoft engineers take some much earned time off for the holidays.

Microsoft exec Gabe Aul mentioned the information about the time off in his post on the Windows Experience blog:

This time of year many of us take the opportunity to spend time with family and take some vacation time, so the engineering team will be running at a slower pace and many of our key people who drive our flighting process will be out (including me :-) ) This means we won’t be releasing any new builds to Windows Insiders until January, for both PC and mobile.