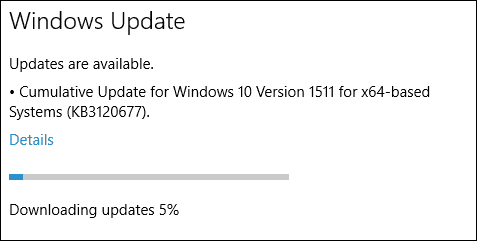 We recently reported about Microsoft yanking the November Update from the Media Creation Tool (MCT) and Windows Update. Today, the company restored the update, and this new cumulative update fixes privacy settings that led to it being pulled in the first place.

If you upgraded to the November Update version 1511 and turned off the Privacy Settings shown below, the update reverted them to the default value, which is on. 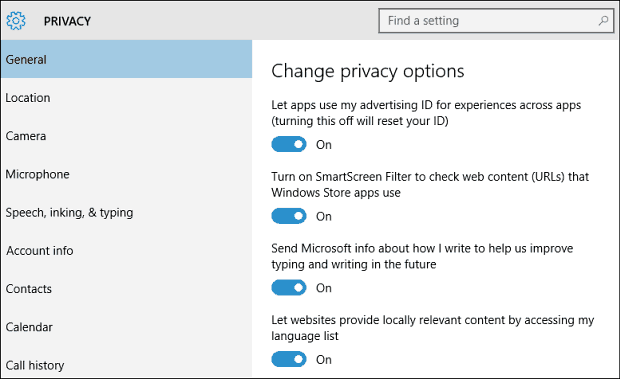 Here’s a look at part of this update’s description from Microsoft:

Recently we learned of an issue that could have impacted an extremely small number of people who had already installed Windows 10 and applied the November update (Version 1511). When the November update was installed, a few settings preferences may have inadvertently not been retained for advertising ID, Background apps, SmartScreen Filter, and Sync with devices. This issue has been fixed in the update that accompanies KB3120677.

You can always wait for it to install automatically or get it manually by going to Settings > Update & Security > Windows Update.

A restart is required and, if you have notifications enabled, you should see it pop up on your screen. You can always schedule the restart for a time that works best for you. For more on that, please read our guide on how to schedule Windows 10 Update restarts.

After the restart, you’ll notice that the update brought the build number up from 10586.3 to 10586.14. To check that, launch Run from the hidden quick access menu and type: winver, and hit Enter. 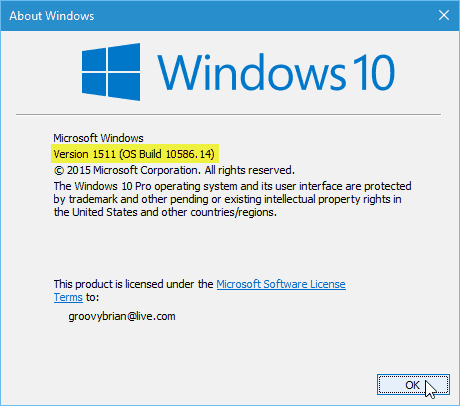 After a few days of bad communication from Microsoft with pulling the November Update and restoring it, we think everything is finally worked out, which helps the situation.

If you haven’t received the November Update yet, you can wait for it to show up via Windows Update or install it manually via the Microsoft Creation Tool.

For more on why you might not have received it yet, and how to install it manually, read our article: Not Getting the Windows 10 November Update? Install it Manually.