In Windows 10 Creators Update (Build 15042), one of the new settings is the ability to block users from installing traditional WIN32 desktop apps.

Microsoft rolled out the latest version of Windows 10 Creators Update (Build 15042) to Insiders last week. And one of the new settings discovered over the weekend is the ability to block users from installing traditional WIN32 desktop apps. Here’s a look at how this new setting works and how to enable it.

To find this feature you’ll need to be running Windows 10 Insider build 15042 or higher. Head to Settings > Apps > Apps & features and then click the first drop-down menu under Choose where apps can be install from.

Here you’ll find three options. The first on the list is “Allow apps from anywhere” and is the default. This means you can install desktop apps from sources other than the Windows Store just like you have always been able to do with Windows. 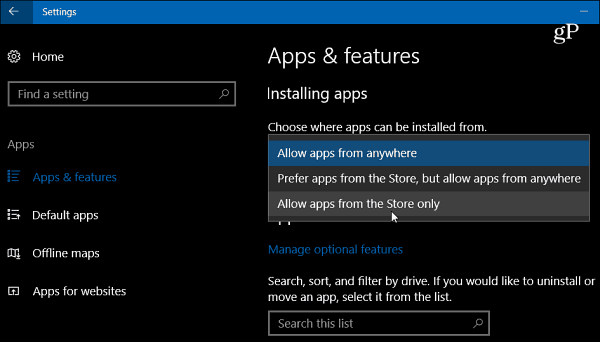 The next option is “Prefer apps from the Store, but allow apps from anywhere”. With this one selected, when you try to install a desktop app, you’ll see the following dialog letting you know it is not from the Windows Store. If you know the app is safe, you can choose to click to install it anyway or open the Windows Store to find a Universal alternative. 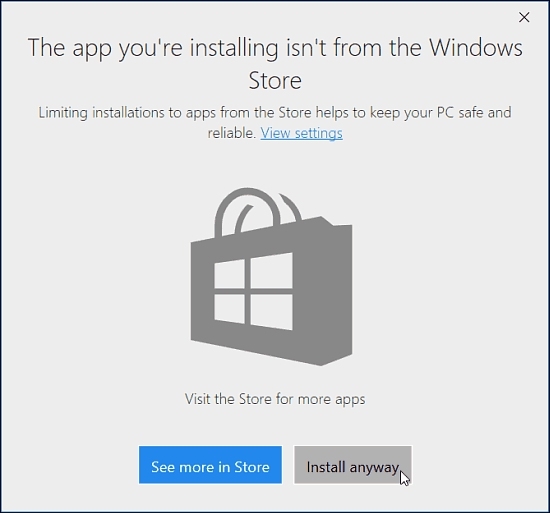 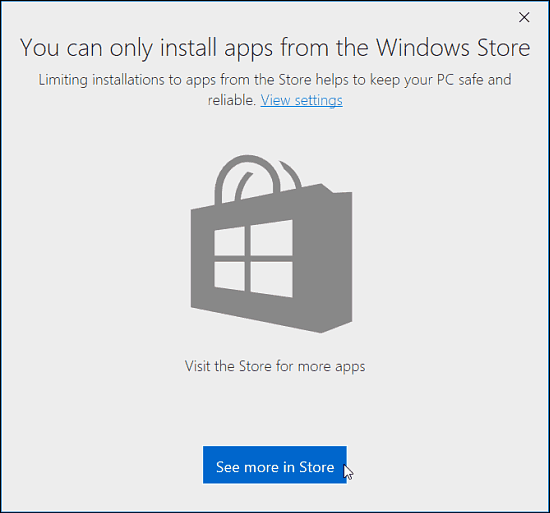 This new setting is an attempt to improve the security of the overall system by preventing rogue apps with malware from being installed. It’s similar security setting in MacOS called Gatekeeper which was first released in Mountain Lion. It only allows apps from the Mac app store or digitally signed apps to be installed.

This also looks like a way to get developers to bring their desktop apps over to the Windows Store via the Desktop App Converter. However, whether developers jump on board remains to be seen.

This new setting doesn’t seem fully implemented yet either. There doesn’t seem to be a way for an administrator to take full control over it and it only is tied to Microsoft Edge. When I downloaded the same CCleaner app via Chrome, I was able to install it without any warning dialogs shown above.

Still, this looks like a good start and it will be interesting to see where things go. Adding yet another layer of security to the Windows 10 operating system is always a plus.