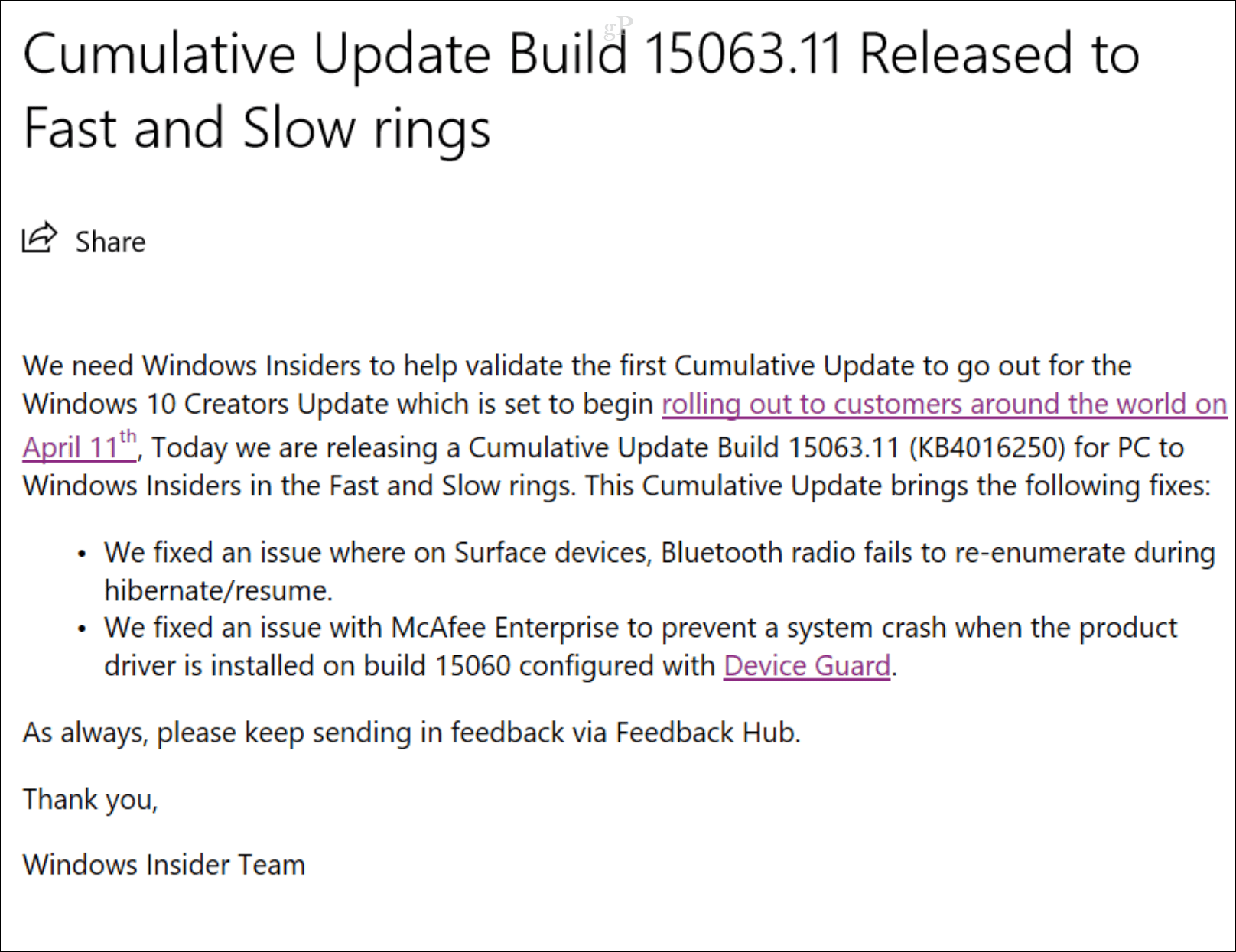 The next version of Windows 10 called Creators Update or version 1703 is already receiving its first Cumulative Update. Cumulative Updates normally contain fixes and reliability improvements or feature enhancements for components in Windows and other MS products. Previous versions such as the Windows 10 Anniversary Update and November Update have received a long string of updates, so it’s no wonder we’re not getting a beefier cumulative update before final launch. Today’s update for Windows 10 1703, brings the release to 15063.11.

The availability of 15063.11 (KB4016250) was announced in the Windows Insider Feedback hub. Although the Windows Creators Update won’t be generally available until April 11, Microsoft is giving Windows Insiders early access to kick the tires. The update focuses on fixing issues in Microsoft’s line of Surface devices, re-enumerating the Bluetooth radio when resumed from hibernation. Systems running MacAfee Enterprise also receive a fix when installing on a device running build 15060 configured with Device Guard security technology. 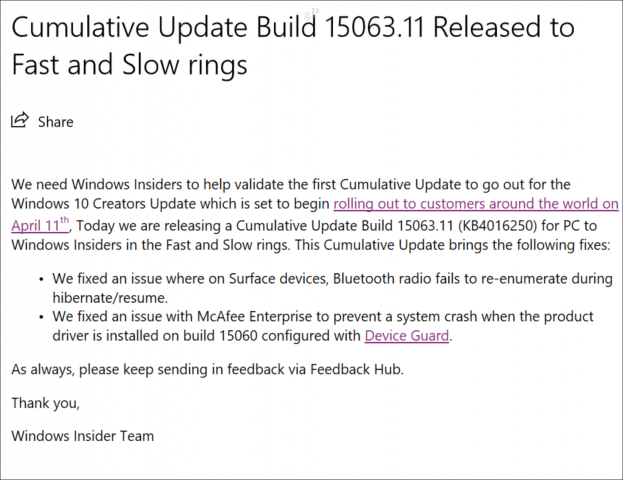 Not much else is known, but the update further confirms build 15063 is the RTM release. The update should also be an early test run of the new Differential Updates function recently added to Windows Update. Differential Updates will help reduce the size and performance impact of updates by downloading only the changes required. Users interested in upgrading early can do so now; Microsoft released official builds for Windows 10 1703 from the Software Download web page, yesterday. The new version includes a lot of new features and refinements such as Paint 3D; improved Microsoft Edge Web Browser; Night Light; improved Start menu and Cortana; better touchpad gestures; Dynamic Lock; Windows Defender Security Center; Hyper-V Quick Create and more personalization and color options.

Have you been testing the Windows 10 Creators Update yet? If so, lets us know what you think of it.