Microsoft has released another patch for Windows 10 today that addresses a security hole in Internet Explorer Flash Player and is available now.

Today’s patch is a security update for Internet Explorer Flash Player. You can get the security patch now by going to Windows Update. 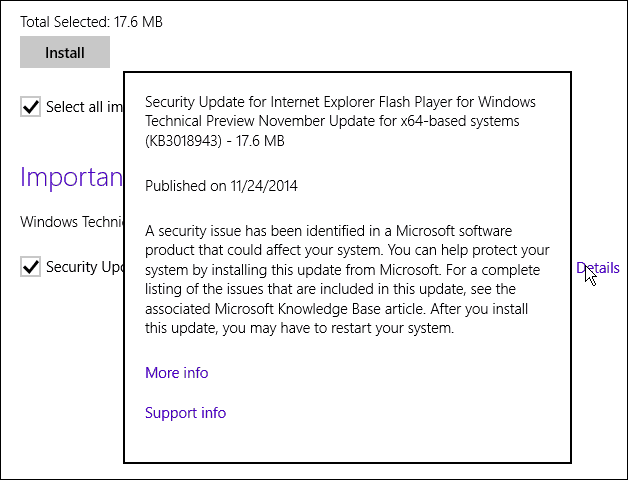 While it seems there are quite a few new patches and builds for Windows 10, this is something that should be expected for testers in the Windows Insider program.

We try to cover each of these new patches and builds that are available for Windows 10, but I suggest following @GabeAul on Twitter as this is where several of the updates are first announced.