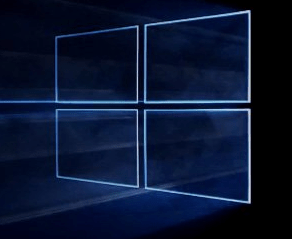 Microsoft today released an update package for build 10240 that provides bug fixes and security updates. It will install automatically, or you can grab it now.

Microsoft today released an update package for build 10240 that provides bug fixes and security updates. It will install automatically, or you can go to Windows Update and grab it.

We’re releasing an update package on WU for PC build 10240 today. It will install automatically or you can check for updates to grab it.

Gab Aul announced the news on Twitter late this afternoon. In a response to one Windows Insider, he said ” It will be described as a security update, but that’s just because it’s cumulative and includes the last package’s security fix.”

Like we said in our post when Windows 10 build 10240 was released, you can expect several more updates and patches up until, and after the July 29th official release date.

At the time of this writing, there is no blog post or Insider Hub details about what the update addresses exactly, but we’ll be sure to give more information as it comes out.

After manually checking for this update, I finally was able to download it this evening. Like Gabe Aul said on Twitter, it is described as a security update: KB3074665 and a restart is required. 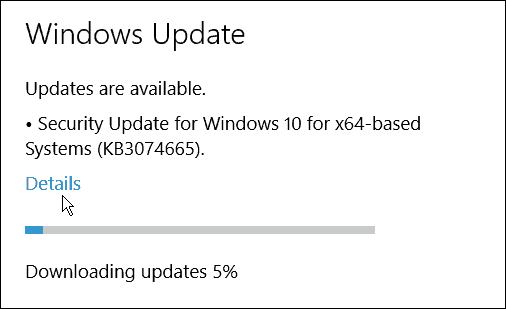