Windows 10 build 10130 received some security updates and bug fixes today, and they are now available via Windows Update for Windows Insiders.

Windows 10 build 10130 received three security updates and important bug fixes for the top reported issues today. Gabe Aul, the head of the Windows 10 Preview program, made the announcement on Twitter.

3 security updates for PC build 10130 today, as well as a fix for a few top issues reported in the build. Check WU for updates!

Details on what these updates address exactly is vague at the time of this writing, but you can see what is rolling out from the image below. Microsoft doesn’t necessarily publish the information about updates for preview builds like it would for an official release. 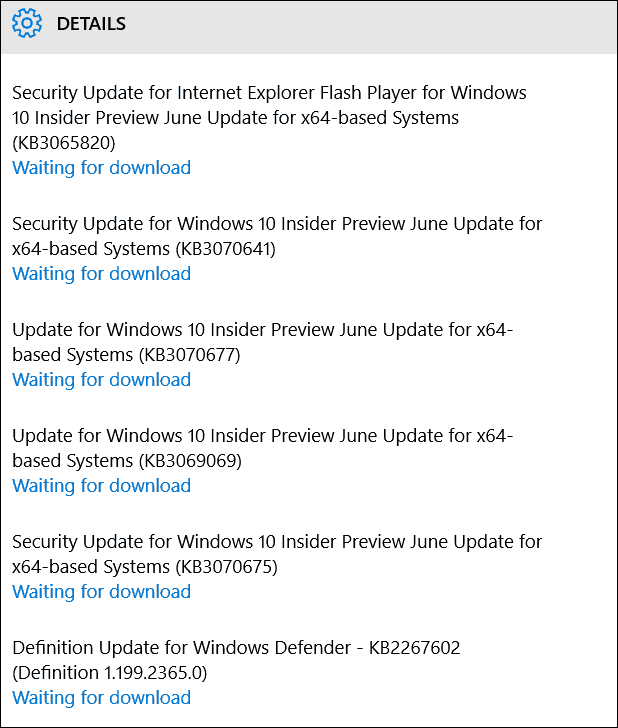 But it should be noted that after installing these updates, a restart is required. 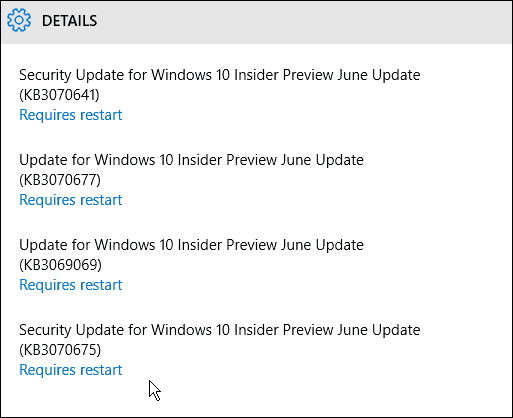 According to reports, Windows Insiders should see a new build of Windows next week.

If you’re running the latest build of Windows 10, let us know how these updates affect your system in the comments below.