There is an issue with the user name and password box not appearing on the sign-in screen in the latest build of Windows 10, and KB3050653 fixes it.

Microsoft released three updates for the Windows 10 tech preview earlier this week when it made build 10041 ISOs available. Today the company released another update that addresses an issue with the user name and password box not appearing on the sign-in screen, and the company has released KB3050653 to fix it. 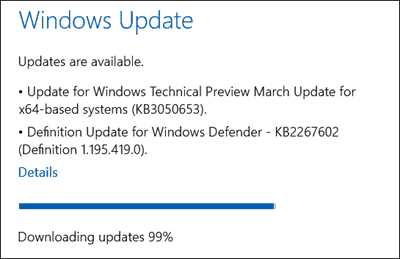 If you’re running the latest Windows 10 build, the update is available via Windows Update. Gabe Aul sent out the tweet this after noon which you can see below.

Although I haven’t seen this problem with any of my Windows 10 test installs apparently it is a problem for enough users out there that Microsoft released this patch today.