Microsoft today released Windows 10 Build 14342 which brings us a step closer to the Anniversary Update. There are a few new features and several bug fixes.

Microsoft today released Windows 10 Build 14342 which brings us a step closer to the Anniversary Update that’s set to be issued to current Windows 10 users a few months from now.

Apparently this latest build was released early tonight by accident, but the team decided to go ahead with it. Microsoft exec Gabe Aul made it official late Tuesday night:

Some #WindowsInsiders have reported getting PC build 14342. We were staging this for tomorrow and looks like it published too far.

Windows Insiders were hoping for this new build last week, but it wasn’t released due to bug crashing systems. So for the past week Insiders have been using the last release – Build 14332.

There are a few new features in this build as well as bug fixes and other improvements. Here’s a brief rundown of what you can expect.

Microsoft Edge: Updates for extensions and makes all of them available for download in the Windows Store. This makes it much easier to find and install extensions. 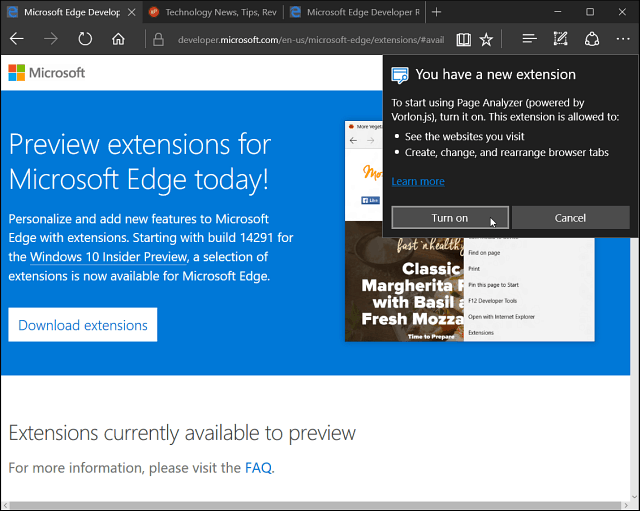 Edge is also getting real-time web notifications and swipe navigation.

Bash on Ubuntu on Windows: Symlinks within the Windows Subsystem for Linux are now functional on mounted Windows directories. Users with non-Latin Windows usernames can now install Bash and more. You can read the full release notes on the Microsoft Developer Network.

Skype UWP Preview Update: The preview app can set a dark theme and switch between accounts.

Other new features: Other features include an updated Windows Ink Workspace icon. You can middle-click an app’s notification name and dismiss all other notifications listed for that app. Apps for websites will allow certain sites to open with an app instead. There are also Feedback Hub improvements.

For a complete and detailed list of the new features, what’s been fixed, and known issue in this build, check out Gabe’s post on the Windows Experience Blog.

Also, keep in mind that while you might want to get your hands on all of the new features that are coming to Windows 10 Anniversary Update early, this is still in preview, and you don’t want to use it on your primary machine.

After the installation of this new build completes, you can hit Windows Key + R to bring up the Run dialog and type: winver and hit Enter. That will display the latest build number. 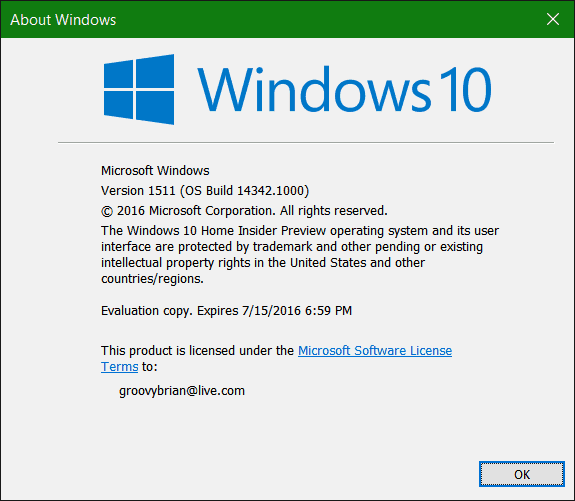 To get a preview of what you can expect with the new Dark mode coming to the Anniversary Update check out this article. And stay tuned as we’ll be covering all of these features and more about Windows 10 in upcoming articles.

Once you have the latest build installed, let us know what you think of it and any problems you’re experiencing in the comments below. Or, for more in-depth conversations check out our new and improved Windows 10 Forums.