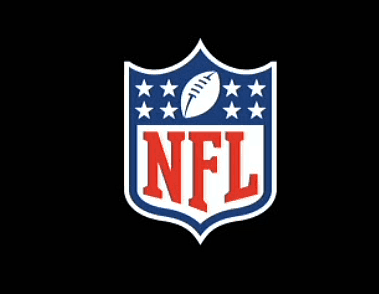 Are you a NFL or fantasy football fan and need to keep up with the 2015 draft? If you own an Xbox One, you might want to follow it on your console.

If you’re a fan of the NFL, fantasy football, and the upcoming (2015) draft, and own an Xbox One, you might want to consider the NFL Draft app on your console to follow the event.

You can follow a lot of different aspects of the draft, from live videos of the player’s highlights, their stats, draft videos, NFL Commentator analysis, and lot more. 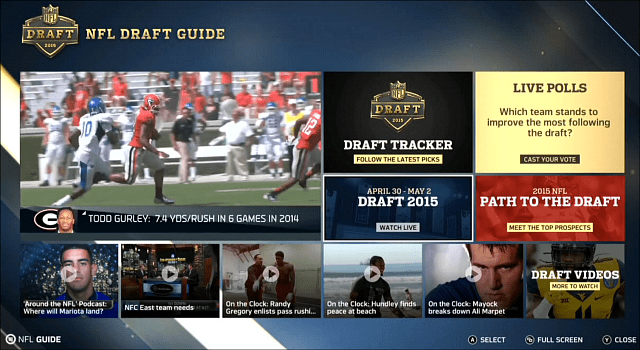 Xbox One owners can use the new app to follow specific teams via the Draft Tracker and watch collegiate player highlights. And, if you have an Xbox Live subscription you can also watch the NFL Network’s live coverage from April 30th through May 2nd.

NFL Draft app for Xbox One

The first thing you’ll need to do is download the new NFL on Xbox One app.

After downloading the app, you’ll have a chance to enter contests, use NFL social networking, envelop yourself in player stats, and a lot more.

While not all tech or gaming geeks are into football, there’s plenty of people out there who consider themselves fantasy football geeks, and want a solid way to keep up with everything happening this week, starting Thursday.

If you are, this provides a great way to watch the draft, and keep up with it by snapping it to the side of the screen (if you have a Kinect) while doing other things like playing a game or checking out ESPN’s coverage for instance. Very cool.

Note that there is also a similar app for Window 8 that has a lot of the same type of information that you might want to check out. Download the NFL on Windows 8 app. They are both free.

Do note that if you want to view the NFL Network Live all season, you will need a cable subscription and package that includes the network.