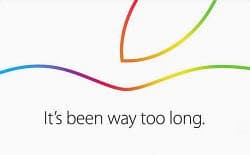 It’s Apple season and the company has been busy introducing new software and devices the past few months and tomorrow its showing off new devices and more.

It’s Apple season and the company has been busy introducing new software and devices the past few months, and Thursday is another event. The season started with WWDC this past summer, the iPhone 6 and Apple Watch announcement, and tomorrow is another event where we should see more about Apple Pay, new iPads, MacBooks, iMacs, and hopefully some type of update for Apple TV — but that’s just speculation.

There are a lot of rumors about what will exactly be unveiled, but whatever it is should be exciting for Apple fans. 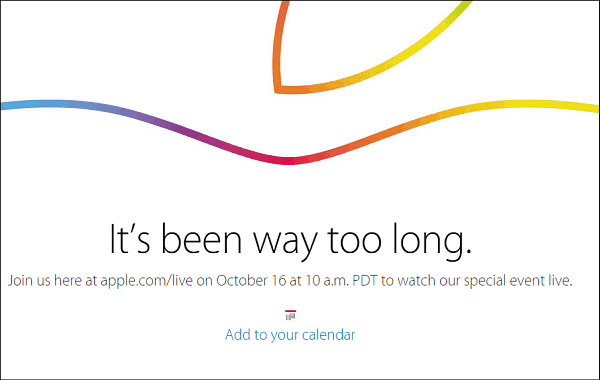 The company is going to attempt to stream an event live again – you may recall the last one was riddled with problems (the first 30 minutes or so was painful to watch). But hopefully this goes well and you can watch it live starting at

The event starts at 10am PST, 12pm CST, and 1pm EST from the company’s Town Hall Auditorium in Cupertino.

The live stream will be available on the dedicated Apple TV channel for live events on second and third generation set-top boxes. It’s also available on Apple computers running OS X 10.6.8 or higher with Safari 5.1.10 or later, or on mobile devices running iOS 6 or higher.

If you can’t catch it live, you’ll be able to watch it at home as the event is typically added to the website shortly after the event ends.

Watch the live stream of Apple’s event on Thursday