You can now use your Google Home speaker as an alarm to wake up to your favorite song and look up TV programming.

Google today announced the addition of some simple but helpful abilities for its digital assistant on Google Home. Now you can use your Google Home smart speaker to wake up to your favorite music in the morning and look up TV schedules. Here’s a look at how to use the new Google Assistant features.

The new features start rolling out this week and there isn’t anything to set up. You just know the voice commands. You can set an alarm by saying “Hey Google, set an alarm for 9 AM that plays Alice in Chains,” and the assistant will respond letting you know the alarm will go off. You can ask it to play any song, artist, playlist, or even a radio station.

The alarm will play the music from the music service you have linked to it and set as the default. Of course, for some content, you will need to have a subscription to a service such as Google Play Music, YouTube Red, or Spotify. 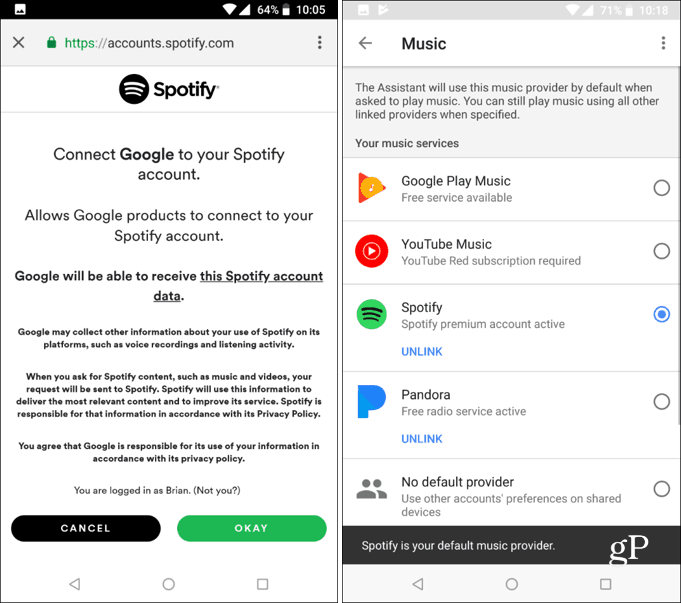 Another interesting improvement to note is the ability to find out what’s on TV by looking up schedules. It’s straightforward, just ask “Hey Google, when is Agents of Shield on next?” It will reply with the time and channel it’s on as well as if the next episode is a rerun or not. You can set reminders to catch your favorite shows, too. You can say, “Hey Google, remind me to watch Dr. Who Wednesday at 9 PM.”

Google Home and Amazon Echo are the two leading smart speakers in the market, and each has similar capabilities. In case you are keeping track, it’s worth noting that Amazon added the ability to set its Echo with Alexa to wake up to your favorite music back in December.