World Cup 2014 is in full swing and while you can’t be in Brazil for the big competition, you can still check out stadiums by using Google Street View.

World Cup 2014 is in full swing these days; even if you can’t be in Brazil for the big competition, you can still pay the stadiums hosting the games a visit by using Google Street View. 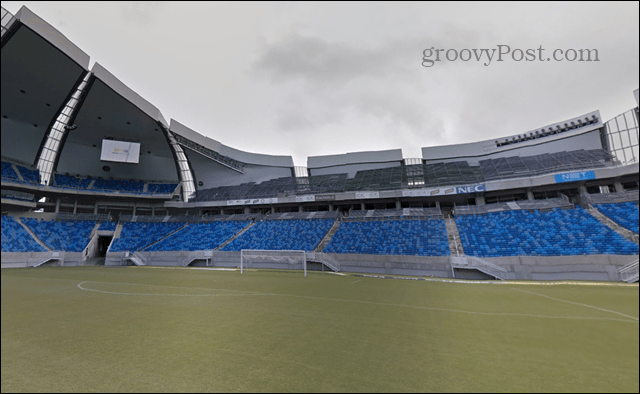 Google has gone to the trouble of capturing views of all twelve Brazilian stadiums hosting football (soccer for you Americans) matches at World Cup 2014. Some of them are nothing short of spectacular.

You can find all of the World Cup stadium street views here, including the beautiful Maracana, a stadium capable of hosting almost 80,000 spectators. Out of the 12 stadiums of the World Cup, five have been purposely built, one has been rebuilt, and the remaining six have been renovated.

You can pay a visit to the Maracana below, too.

What’s interesting is that you can use Google Street View’s “time travel” feature to look at how some of the venues have been developed. Let me give you an example.

When taking a look at the Estadio Beira Rio in Porto Alegre, click View on Google Maps. 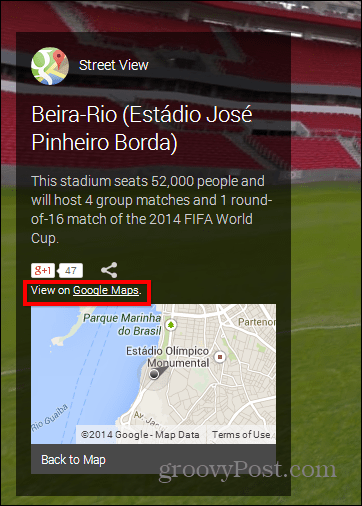 Then, use the minimap to go to a place outside the stadium. 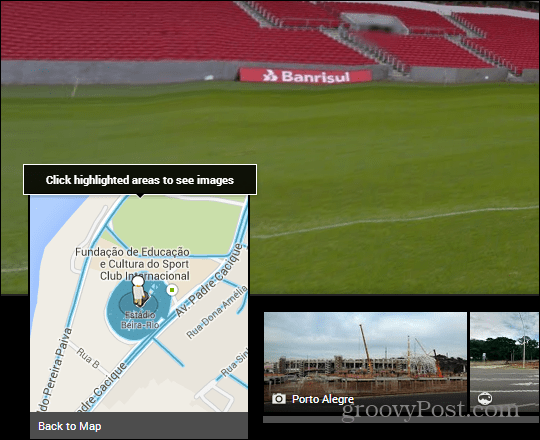 If you see a little clock icon next to the address, click it. 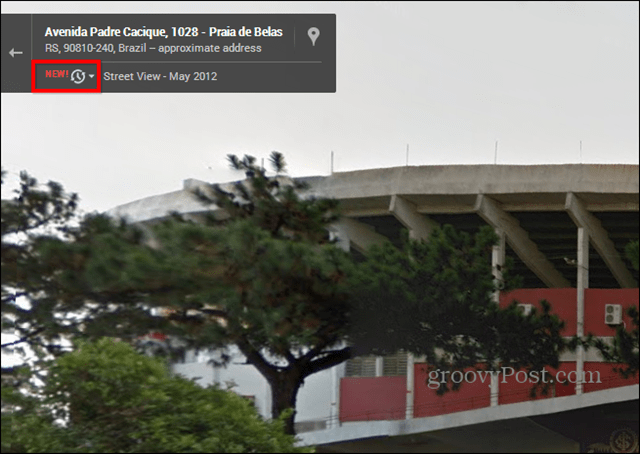 You’ll be able to see all of the available imagery for the area. Use the slider for cycling between the available images and select the one you want. The results can be quite interesting, depending on the angle you’re looking at the venue from; for example, here’s how the stadium in Porto Alegre looked in 2011. 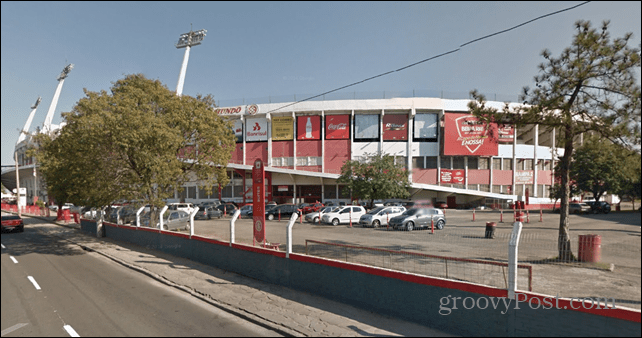 And this is what it looked like in February 2014. It’s hard to tell that it’s the same place.

Speaking of World Cup 2014, you might be interested in our article on how to keep up with all of the action using Google Now.