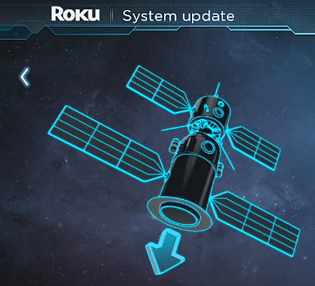 As more live and on-demand cable TV comes to the web, no matter the flavor of content, results will vary between devices, so make sure to update them.

WWE isn’t everyone’s cup of tea, but the launch of its own online network is an interesting tech story. It also raises some interesting questions on how the future of TV and live media will be consumed. The network was launched last week, and I’ve tried it on essentially every device it’s available on. However, not all devices are running it well. On most devices, the live stream is working just fine. However, there have been several reports that the on-demand content is buffering or not even playing at all. The Xbox 360 and Roku have been giving me, and other users, a lot of problems this past week.

I have actually been using Apple TV as it’s been working virtually perfectly, sans a few hiccups here and there. But this brings up something interesting about streaming typical broadcast TV online to your devices.

As more and  more live and on-demand cable TV comes to the web, no matter the flavor of content, results will vary between devices and (of course) Internet connection speeds. If you end up streaming a favorite network, and it isn’t working correctly at first, make sure to check for updates of a device’s firmware. Most modern mobile devices now check for app device and app update automatically. But if you have an older iOS or Android device, you should manually check the apps for updates too.

Back to the WWE network issue. There’s a new update for the Roku that should fix a lot of the problems for on-demand content. While your Roku should be checking for and applying updates daily, make sure by going to Settings > System Update.

The network is working fairly decently on mobile devices, but most people will want to watch the matches on the big screen. This update for Roku will allow you to do just that much better than last week. 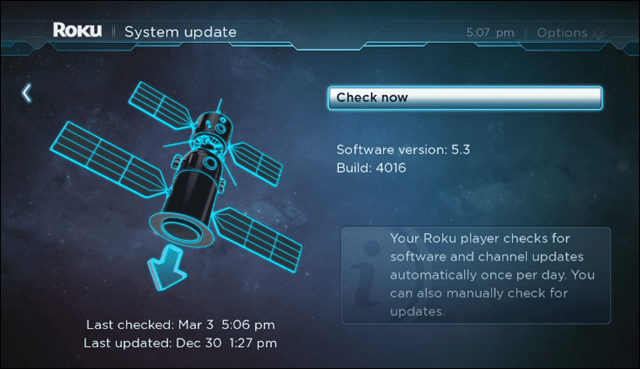 There are major problems for the network on the Xbox 360 though. If you want to watch it through your Xbox 360 or Windows phone, you can basically forget about it for now until a solid update comes through to fix it. In fact, WWE released an official statement about the matter:

Thank you for signing up for WWE Network. We are working aggressively to address the login issue for Xbox users and expect to have it resolved by this Monday, March 3, if not sooner. You will be notified via email as soon as this issue is fixed. We apologize for this inconvenience and thank you for your patience.

So I went to the app on my Xbox 360 and downloaded the updates as for me there were two – after the first update I couldn’t log in. So I closed out of it completely and went back in to get the second update. It now seems to be working better, but watching content on the Xbox 360 is rather clunky compared to other platforms. So I guess I suggest sticking with Apple TV or Roku. 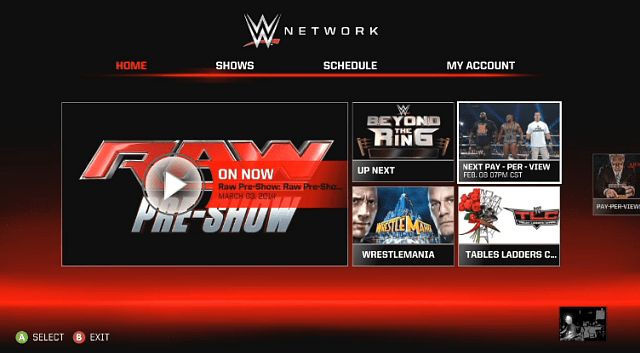 Is the Internet the New Entertainment Distributor?

So as the online entertainment and cord cutting movement continues to move forward, keep one thing mind — your experience is going to be different on every device. And while you might be upset at first, just give these new mediums some time to evolve and become universal. For instance, on the PS4 version of the WWE network, you can skip through chapters of events. Meaning you can skip from one match to another without fast forwarding all the way through. But only on that device.

This big WWE Network is an attempt at a larger movement for shows or cable stations to start their own online network. Sure you can get individual shows on Netflix, Hulu…etc. But, having a full network is a whole other animal. It also is upsetting the big cable distributors like Comcast and Dish Network.

The online entertainment transition from cable and over-the-air to the Internet is reminissant of what’s happened to newspapers, bookstores, and the music industry. Love it or hate it, the Internet is now the distributor and the cool thing, at least for now, is we as users will benefit.

What’s your take? Do you have a favorite TV broadcast that’s now streaming online? What kind of issues have you had, and what fixed them? Do you see online content taking over while the traditional broadcasters go the way of bookstores and newspapers?