We still get to see a company being bough this week, after Samsung denied wanting to buy Research In Motion. Summify has officially announced that is has been bought by Twitter. Twitter will probably integrate Summify’s services. 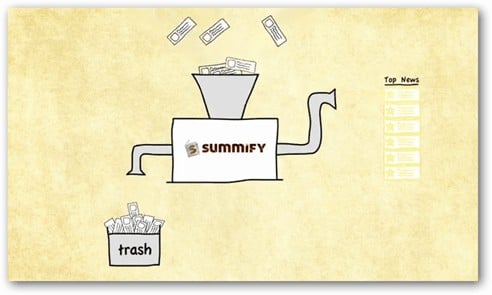 Summify was started in Romania, then moved to Vancouver a couple of years ago. It offers users the ability to organize their life better in the age of social networking. It sends users, via e-mail, mobile or web, a summary of the most relevant news from their social networking accounts. Or I should say “it delivered”, since the deal means no more new user registrations and some features removed.

E-mail summaries will be kept for existing users, but the service will be shut down completely sometime in the future. Also, existing users will keep on receiving summaries, as usual, until that happens.

Of course, the terms of the deal have not been made public.

I think this will be good for Twitter, as it will allow the company to offer a new and interesting service to a lot more users than Summify could gather on its own. If they use it wisely, because we’ve seen a lot of cases in which promising startups were destroyed after being bough by a large company.