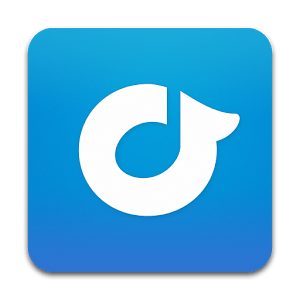 Rdio announced it will shut down its service and has provided users with info on how they can download their music collections and migrate to other services.

Recently Pandora announced the purchase of former rival Rdio; both competed in a large playfield of streaming services. Rdio announced it will shut down the service providing users with information how they can download their music collections and migrate to other services.

Rdio is being acquired, and the service is shutting down worldwide on December 22. We’re excited to bring great music experiences to even more listeners in the future as part of the Pandora team. 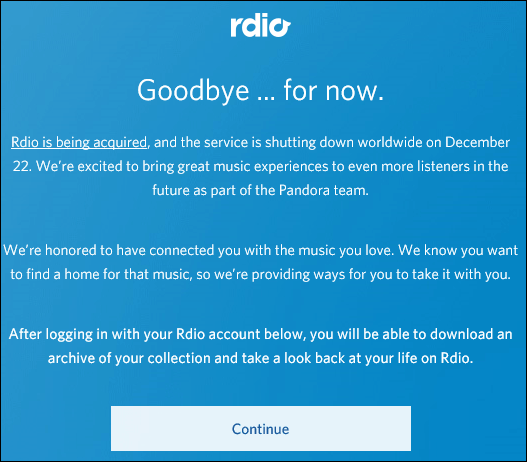 Rdio will let users log in and download their music and playlist with the option to move to a different streaming service of their choice. I am sure Pandora is hoping it will be that next option. Interestingly, Rdio is directing users to two lesser known services Soundiiz and StAMP as options. As a parting gift, the service has created a timeline for users to view their most played tracks and playlist. The Rdio farewell page lists some interesting facts about the service since its launch. The first track played was Katy Perry’s California Girls, the most played album Nothing Was The Same by Drake, and the most played song was When I Was Your Man by Bruno Mars.

The service that launched in August of 2010 was available on Windows, iOS, Android and as web service. With streaming music services like Microsoft’s Groove Music, Google Play Music, and the most popular brand in streaming, Spotify, currently battling it out for supremacy, consolidation was inevitable.

Pandora announced in mid-November its plan to purchase Rdio’s key assets for $75 million. The deal was reached based on technologies and intellectual property. The company is seeking to accelerate the development of new capabilities and further its growth. Pandora currently boasts 80 million subscribers.