Steven Sinofsky has left Microsoft and his departure is effective immediately. Julie Larson-Green and Tami Reller to take the helm of the Windows division.

It appears Apple isn’t the only big tech company that’s going through a top executive shake up. Today Microsoft announced that Windows and Windows Live President Steven Sinofky is leaving the company. Julie Larson-Green is promoted to lead Windows Software and Hardware engineering and Tami Reller stays in the position of CFO and CMO. 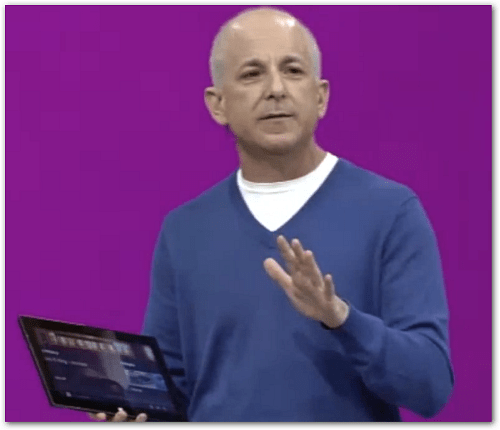 REDMOND, Wash. — Nov. 12, 2012 — Microsoft Corp. today announced that Windows and Windows Live President Steven Sinofsky will be leaving the company and that Julie Larson-Green will be promoted to lead all Windows software and hardware engineering. Tami Reller retains her roles as chief financial officer and chief marketing officer and will assume responsibility for the business of Windows. Both executives will report directly to Microsoft CEO Steve Ballmer.

These changes are effective immediately.

“I am grateful for the many years of work that Steven has contributed to the company,” Ballmer said. “The products and services we have delivered to the market in the past few months mark the launch of a new era at Microsoft. We’ve built an incredible foundation with new releases of Microsoft Office, Windows 8, Windows Phone 8, Microsoft Surface, Windows Server 2012 and ‘Halo 4,’ and great integration of services such as Bing, Skype and Xbox across all our products. To continue this success it is imperative that we continue to drive alignment across all Microsoft teams, and have more integrated and rapid development cycles for our offerings.”

“It is impossible to count the blessings I have received over my years at Microsoft. I am humbled by the professionalism and generosity of everyone I have had the good fortune to work with at this awesome company,” Sinofsky said.

Since 1993, Larson-Green has worked on and led some of the most successful products for Microsoft, including the user experiences for early versions of Internet Explorer, and helped drive the thinking behind the refresh of the user experience for Microsoft Office. For Windows 7 and Windows 8 she was responsible for program management, user interface design and research, as well as development of all international releases. She has a master’s degree in software engineering from Seattle University and a bachelor’s degree in business administration from Western Washington University. In her new role she will be responsible for all future Windows product development in addition to future hardware opportunities.

“Leading Windows engineering is an incredible challenge and opportunity, and as I looked at the technical and business skills required to continue our Windows trajectory — great communication skills, a proven ability to work across product groups, strong design, deep technical expertise, and a history of anticipating and meeting customer needs — it was clear to me that Julie is the best possible person for this job, and I’m excited to have her in this role,” Ballmer said.

Reller joined Windows in 2007 from the Microsoft Dynamics Division where she held a number of leadership positions. She began her career in technology at Great Plains Software in 1984 while still in college, and was the company’s chief financial officer at the time the company was acquired by Microsoft in 2001. She has a bachelor’s degree in mathematics from Minnesota State University Moorhead and an MBA from St. Mary’s College in Moraga, Calif. In her expanded role she will assume the lead in driving business and marketing strategy for Windows devices, including Surface and partner devices, in addition to her current marketing and finance responsibilities.

Founded in 1975, Microsoft (Nasdaq “MSFT”) is the worldwide leader in software, services and solutions that help people and businesses realize their full potential. 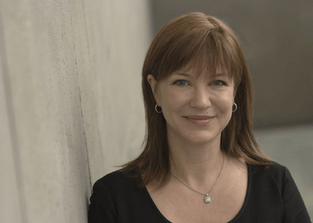 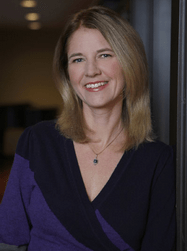 Will Remain Microsoft CFO and CMO

This was definitely a surprise to me when I found out. Of course there are plenty of rumors already circulating about the exact reason for Steven’s departure. The timing seems odd considering the recent release of Windows 8, Surface RT tablet. What do you guys think of the situation?