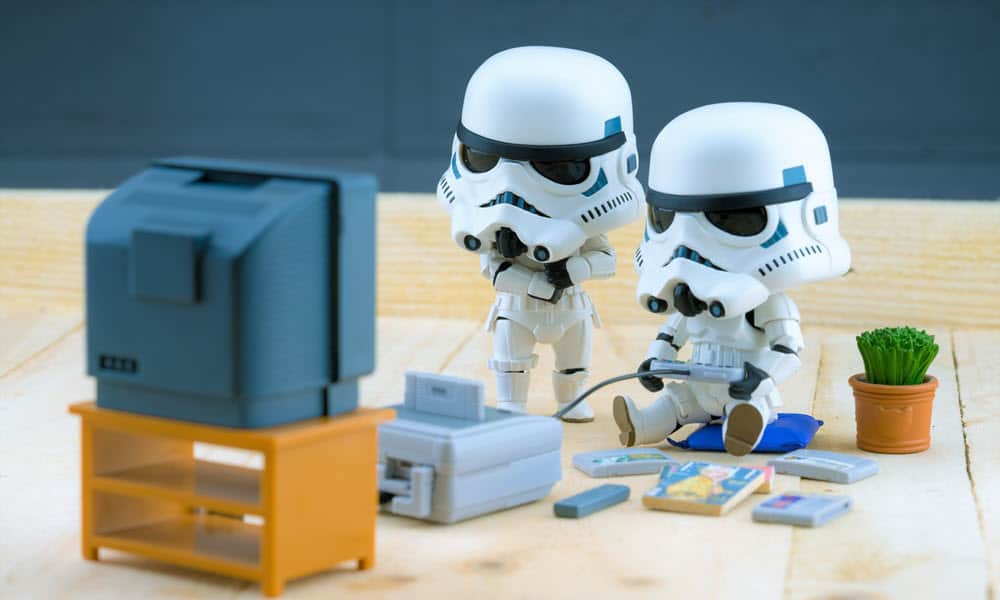 If you like the words Star Wars and free, you’ll want to get Star Wars: Squadrons. It’s free until tomorrow morning at Epic Games.

After crunching the numbers in spreadsheets and writing long reports, sometimes you need a few minutes of downtime. For some, especially Star Wars fans, playing a quality free game might be a great way to kick back and wind down.

The good news is the gaming powerhouse Epic Games, developers of the Unreal Engine software development platform, is offering EA’s Star Wars: Squadrons for free from now until December 1st at 10 AM CST.

If you like Star Wars, gaming, and, more importantly, free games, check out our free game of the week!

This game’s story has little to do about the Force or Jedis. Instead, this one is about getting in starfighters and engaging in combat for galactic dominance. It’s not new; it was released two years ago. However, that doesn’t mean it’s not fun and doesn’t provide an entertaining Star Wars experience.

Star Wars: Squadrons is a first-person multiplayer game that puts you in the cockpit of starfighters from the New Republic and Imperial fleets to fight in 5v5 space battles. In addition to the stunning graphics, you can control either X-wing or TIE fighters. The game lets you customize the fighter load-outs and cosmetics, divert power between the weapons and shields, control the engines, and immerse yourself in the cockpit. 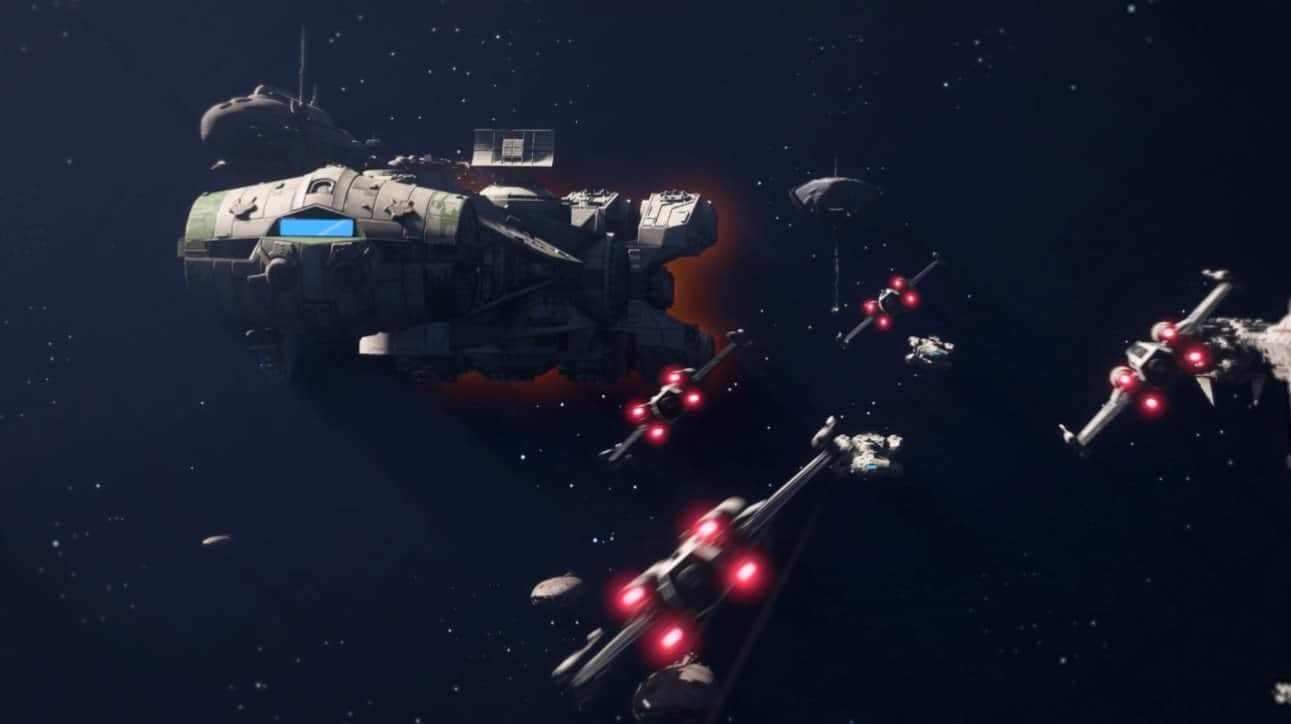 You’ll gain access to more than TIE and X-wing fighters from both fleets. You can pilot the agile A-wing and devastating TIE bomber. As you earn more experience, you can unlock new weapons, shields, upgrades, and various cosmetic changes for your pilot and ship.

Some tactical objectives occur across known and unknown battlefields, including the gas giant of Yavin Prime and the shattered Galitan moon.

To get an idea of what you can expect from the game, check out the preview trailer below.

In addition to multiplayer battles, you can be a pilot in a single-player Star Wars story following the events of Return of the Jedi and Rogue Squadron. The story mode also follows the Battle of Endor and the destruction of the second Death Star. The game alternates between two customizable pilots from the New Republic’s Vanguard Squadron and the Empire’s Titan Squadron.

Two online modes include Dogfight – a team deathmatch with 10-player support. The second is Fleet Battles, where two teams of up to five players compete to destroy each other’s Capital Ship.

Experience alternate perspectives between iconic and emerging leaders on both sides of the galaxy, including the New Republic and the Empire.

Complete Daily and Operation challenges to get Glory for your pilot. Use the Glory to unlock cosmetic items for your pilot and ship. You can check your ship’s status, shields, and powers via the onscreen instruments in the cockpit.

Epic Games is the maker of the Unreal Engine and the entire platform for anyone who makes games using the Unreal Engine software development tools. The company has released many games over the years, like Gears of War back in the day and the insanely popular Fortnite.

Epic Games’ past giveaways include Civilization VI and GTA V. You’ll want to keep an eye on the site for more quality titles. 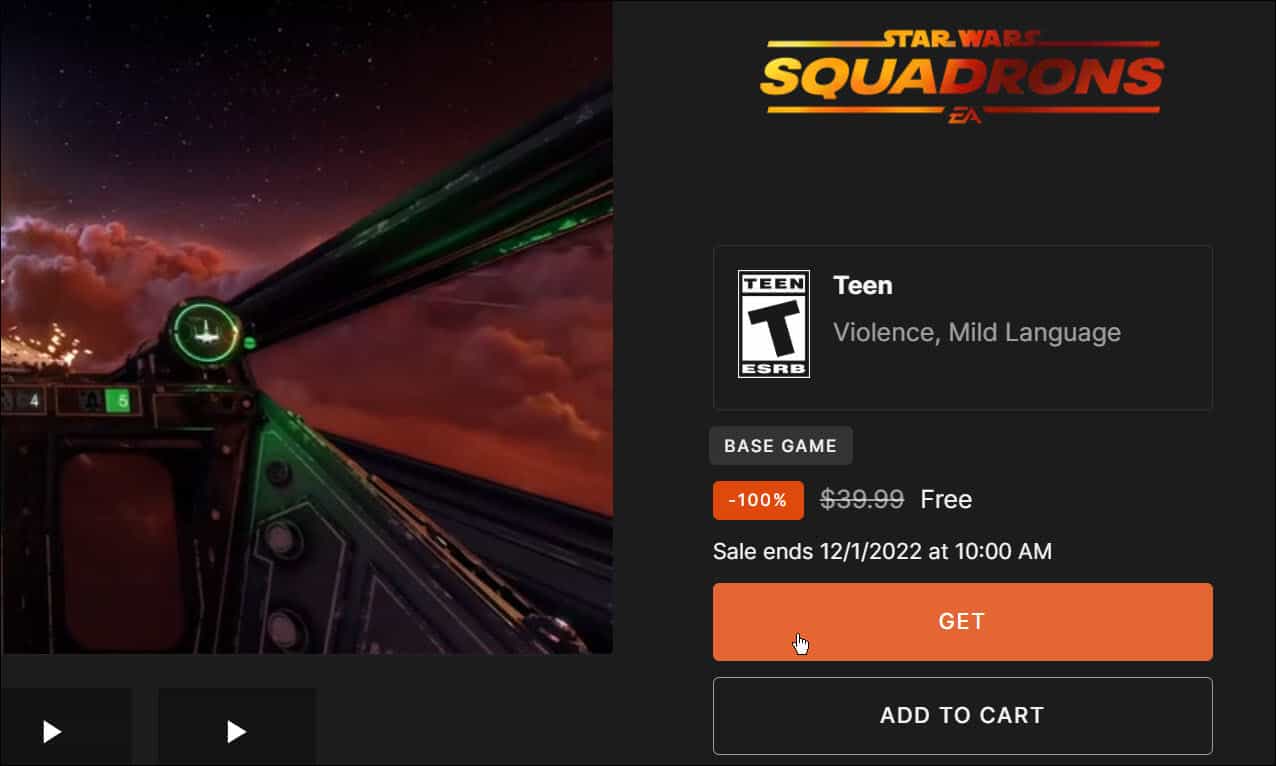 The company gives away games and takes a small commission on any game using the platform. But that’s for the company execs to figure out.

What you need to know is they give away free games. And Star Wars Squadrons is an excellent example of what game developers can do with the Unreal Engine.

If you find the words: Games, Star Wars, and Free appealing, don’t sleep on getting Star Wars Squadrons before the offer expires. So, head to the Star Wars: Squadrons page on the Epic Games site and click the Get button. By the way, did we mention it’s free?