As tablets become more commonplace every day, it’s always good to find out about an affordable one. The all-new ZTE Optik was just announced by Sprint.  Provided you get a two-year contract subscription, you can get it for $100. It had already been rumored for a few days, but now it’s official. 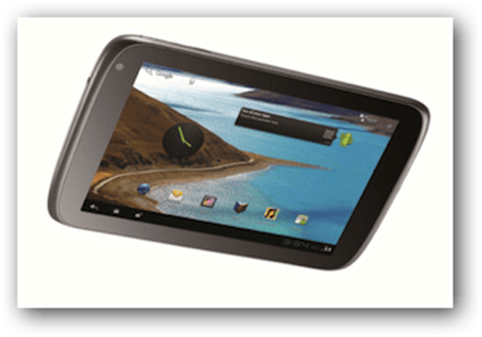 If you decide not to go for the 2 year contract, you can still get it for $349.99. According to Sprint, business customers may get discounted prices, too.

Now, you probably won’t get your hopes up at this price, but you should know that the specs actually look decent for the money. Of course you can’t make a definite opinion just based on them, but still, they don’t look bad.

It has a 7 inch display, with 1280 x 800 resolution. The tablet has a dual-core Qualcomm Snapdragon processor, running at 1.2 GHz, as well as 1 GB RAM and 16 GB of storage. The storage is expandable via a microSD slot with up to 32 GB (you don’t get that with an iPad, but who knows, maybe Apple will finally realize that even cheap Android tablets have memory expansion slots.)

The ZTE tablet is running is Honeycomb (Android 3.2), but I don’t think an Ice Cream Sandwich update is out of the question. And even with 3.2, you get Flash support for websites, as well as access to tons of apps and games from the Android Market.

It also has a 5 megapixel camera on the back, as well as a 2 megapixel one on the front, the latter taking care of video chat duties.

Being sold by Sprint, it can use mobile internet, as well as Wi-Fi.

What do you think? Is buying one worth it? While you think about it, check out this interesting review of the Asus Transformer Prime.