According to a post on the official Sony Xperia product blog, the latest Sony smartphone to jump on the Ice Cream Sandwich bandwagon is the Xperia P.

According to a post on the official Sony Xperia product blog, the latest Sony smartphone to jump on the Ice Cream Sandwich bandwagon is the Xperia P. 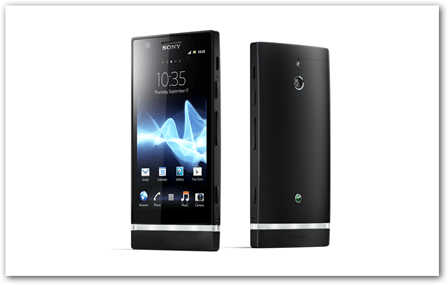 The stylish smartphone, featuring (according to an independent test) the brightest display on the market, is getting the update starting today, and it is set to continue across the globe in the next few weeks.

If you own one, you should note that although you’ll get a notification, the update might only be available via the PC or Mac software in some areas.

The update includes new media apps, allowing you to play content – there are WALKMAN, Movies and Album apps now.

What surprised most is an extended standby time. Up to four times, depending on profile and data use – which can be controlled in a better fashion now.

The lock screen has been improved and widgets are resizable, and there’s also a recent apps button.

The next Sony smartphones Ice Cream Sandwich update is for the Xperia U, Xperia sola and Xperia go, and should come soon. The blog post also says that Sony will “come with another update soon”. Could that mean Jelly Bean?