The increasing popular team messaging and collaboration platform, Slack, has gotten another incremental update for its app on Windows PCs.

The popular team messaging and collaboration platform, Slack, has gotten another incremental update for its app on Windows PCs. This update comes after a major update in February and more recent update last month (version 2.01) which brought bug fixes and improvements.

This latest update brings several fixes as well as a couple of new features. To update your version, go to Help > Check for Updates > Update Now. 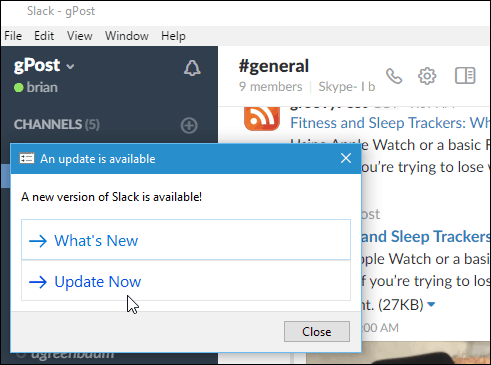 Here is a look at the release notes from Slack for version 2.02:


If you’re new to Slack, check out the following articles with tips with using it with Skype and securing your team’s world domination secrets.