Skype just updated to version 6. It brings in some big new features, most noticeably it’s now a multi-messenger for Facebook and Hotmail.

Skype released a new version today featuring, among other things, Outlook.com, Hotmail, Windows Live Messenger and Facebook sync. And, there are some other updates I truly love about it already.

This update comes just before the official Windows 8 release and emphasizes that Microsoft plans to capitalize on its 8 billion dollar investment in big ways. Turning it into an universal multi-messenger service is just one item on the list, but we’ll get to that in a second. 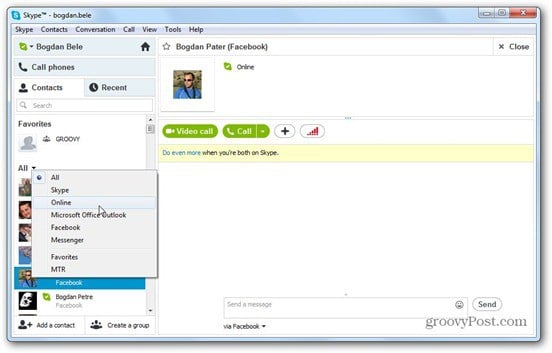 First of all the new version (6.0), which was officially announced today for Windows and Mac, has a revamped interface. It’s nothing too drastic. You’ll be able to find your way around it, but it does look Windows 8-ish a little.

What I loved about it most is that now you can actually sign in to Skype with a Facebook or Microsoft account (the new Outlook.com included). An option to sign in with these will appear now when you start Skype after the update. Previously, Skype account were only for Skype and they didn’t integrate with other services. 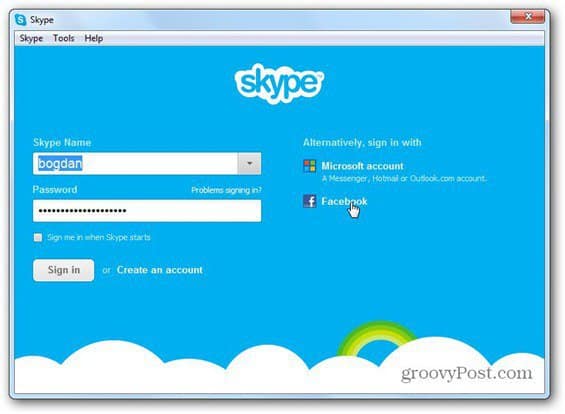 If you login with an external account Skype will ask you whether you would like to merge that account with your Skype one. I did it for Facebook and for my Windows Live account. In Facebook’s case you’ll need to allow some permissions, but you can’t get it wrong otherwise.

Accounts will be merged just after that. 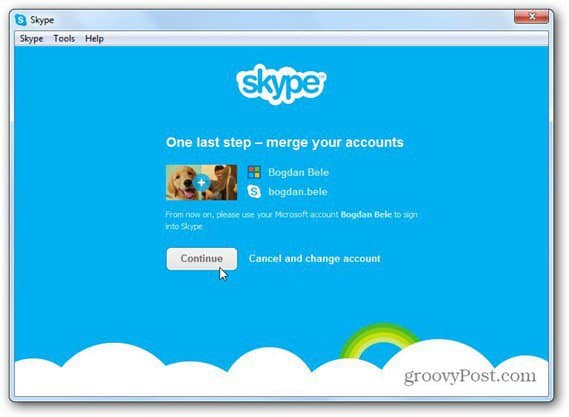 Now you’ll be able to chat with friends on Facebook and Windows Live, too. I just love this and I think that, if Microsoft can include Yahoo Messenger in this, Skype could become a great multi-messenger client (it already is, really).

You can decide which friends you want to see, so you can find someone in a flash. 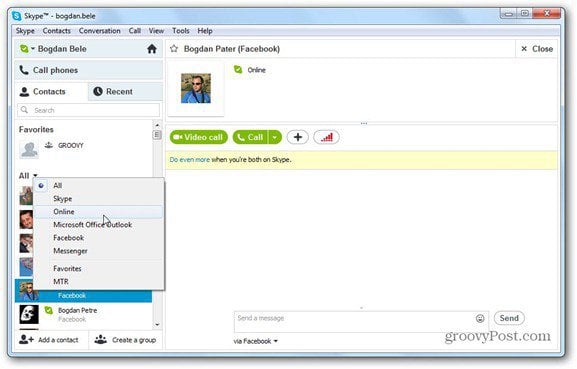 Microsoft has promised that audio and video calls with Windows Live Messenger contacts should also be available soon. For now, I’m pretty happy with the current offer.

This version also includes (for Windows users) localization in more languages, the interface revamp I was telling you about, as well as some other fixes. For Mac users, there’s Retina display support, and open chats in multiple windows.

I think this is a pretty groovy update. Did you update yours? What do you think?