T-Mobile has announced that Samsung’s latest “phablet”, the Samsung Galaxy Note II, is coming this fall. There’s even a leaked release date.

T-Mobile has announced that Samsung’s latest “phablet”, the Samsung Galaxy Note II, is coming to the network operator this fall. There’s even a leaked release date.

A press release by the company says that the tablet-smartphone hybrid will be part of the operator’s device lineup. The press release does not specify a release date. It only says that it will be available in the coming weeks. 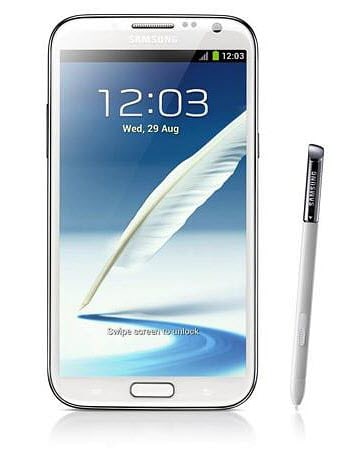 And it also has some good news for those wanting to match it to their clothes – a Titanium Gray and a Marble White version will both be available. T-Mobile users have another reason to be happy if they buy the Galaxy Note II – an exclusive racing game will be available on the devices, and three levels will be free.

The unofficial T-Mobile blog TmoNews seems to have its hand on an internal document from the company that gives an exact release date of October 24th. That’s the same day Samsung has a big launch event scheduled in New York City.

No price details have been announced yet. If you’re on one of the networks, fear not – a report from last month says that the phone will be available on all major carriers.

On the other hand, if you’re looking for a great smartphone on the cheap right now, Amazon Wireless has a great offer to get a decent phone for a penny.