The Samsung Galaxy Note 10.1 just got an LTE version. Currently it’s only available in Korea, but it’s coming to other parts of the world soon.

Samsung has announced the LTE version of its Galaxy Note 10.1 tablet. Currently it’s only available in Korea, but there is hope that it will make its way to the rest of the world soon. 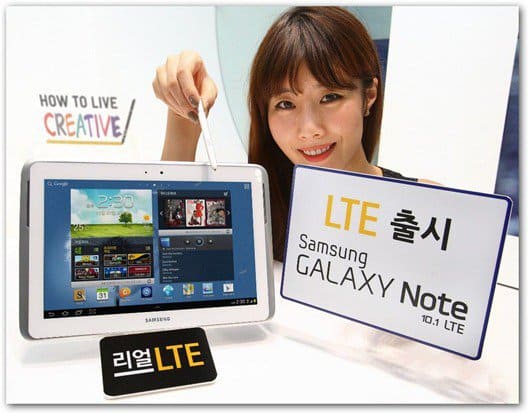 The news comes from the Samsung Tomorrow blog (Google Translated version here), where some other details about the new tablet are also mentioned.

It has LTE connectivity, as well as Voice over LTE. The ultra-fast network can also be used for high quality voice calls –- service is not yet available in the United States — but Verizon has promised last month that it would have the service available by the end of 2013 or early 2014.

The new Note 10.1 runs Android Jelly Bean and also features an interesting way of managing real multitasking. It allows two windows to run in parallel. The EasyClip feature lets you copy text and images on the screen with the S Pen.

AS for availability in other parts of the world, Android Authority says that the tablet should be coming to the US by the end of the year, quoting a FCC filing by the manufacturer.