In a recent press release, Samsung said it has shipped over 1 million Galaxy Note smartphones. The company also confirmed a US release in 2012, but didn’t reveal an exact date. 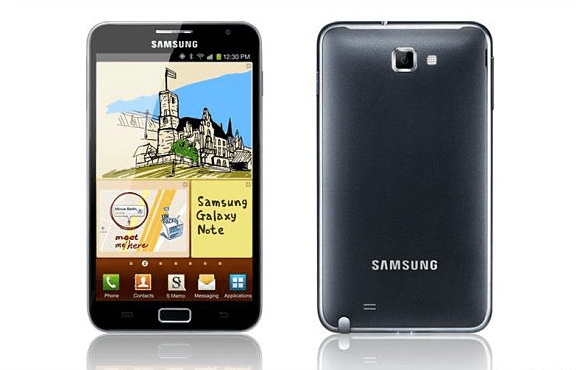 Samsung also says that worldwide sales of the device are increasing in Europe and Asia. The company expects the figures to grow even more next year, when it will be available in the US.

The worldwide sales of Galaxy Note are also on the rise in Europe and Asia including France, Germany, Hong Kong and Taiwan. The rapid global sales of the Galaxy Note smartphone are notable since it’s creating a new market for something between a smartphone and tablet PC. The speed of the global sales is expected to accelerate further next year when it will be available in the US.

I had the opportunity to play with a Samsung Galaxy Note a few months ago and found it impressive. It’s perfect for people that want a large screen without carrying a tablet. I liked the S-Pen stylus that lets you do productive work and be creative. The high-resolution screen (800 x 1280 pixels) is beautiful to look at and perfect for watching videos. Most of all, it moves really fast, thanks to a Dual-Core 1.4 GHz CPU.

Samsung isn’t the only company benefiting from increased Android smartphone sales. Andy Rubin, Android co-founder and current Senior Vice-President of Mobile at Google tweeted that over 3.7 million Android devices were activated on December 24 and 25 of this year. On December 21, Rubin said that over 700,000 Android devices were activated every single day. Although, the company didn’t release numbers of how many units were actually sold.