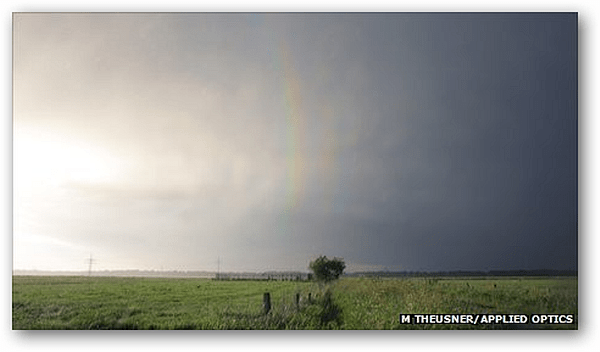 Researchers say they nabbed the first ever photographic recording of a quaternary rainbow naturally occurring in nature.

What is a quaternary rainbow? It’s a rarely witnessed four-arc rainbow. Most people have never even seen a double or triple rainbow, much less a four-arc one. Thanks to improved optic tech, tertiary — or triple — rainbow pics were photographed for the first time just this summer of 2011. The researchers documented all their findings on tertiary and quaternary rainbows in these research essays at Applied Optics. Wild.