Microsoft confirmed the security exploit in all versions of IE called Operation Clandestine Fox. But Here’s a few things you can do to stay protected.

Microsoft confirmed a new zero-day vulnerability that affects every version of Internet Explorer. That means every version — from IE 6 on XP to the latest Internet Explorer 11 on Windows 8.1 update 1. It’s estimated that over half of the world’s browsers could be affected by this. So much so that Homeland Security in the U.S. is advising Americans to not use IE until a patch becomes available.

It makes no difference which version of Windows your using as the exploit is within the IE code itself in conjunction with an Adobe Flash exploit. According to the computer security firm FireEye hackers exploiting the bug are calling it “Operation Clandestine Fox.”

According to the Microsoft Security Advisory 2963983 the vulnerability in IE could allow remote code execution:

To put it simply, you don’t need to do anything odd to get your computer infected by the malware. It can be snuck on your system just by viewing an infected page in Internet Explorer. Microsoft has said it’s working on a patch, which might come before the usual Patch Tuesday when multiple patches are released at once. This is the first major vulnerability that won’t be fixed for XP users since support for XP ended on April 8th.

If you’re a user of Internet Explorer whether you want to be or not, there’s a few things you can do to protect yourself against the exploit. 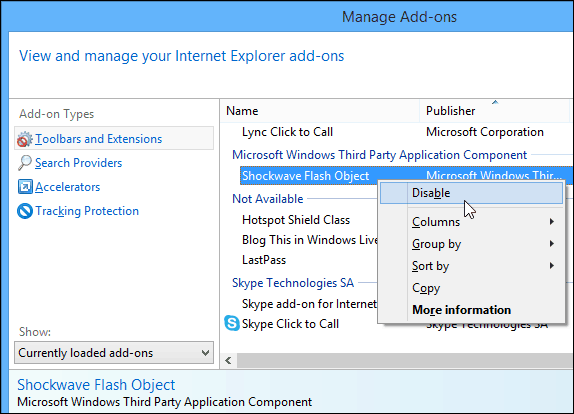 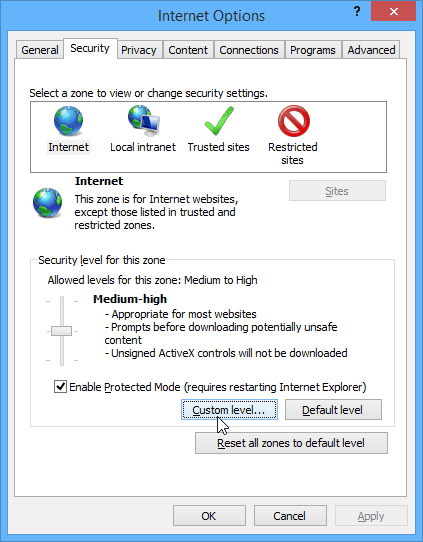 Then scroll down to Active Scripting and set it to Prompt or Disable – which is probably the best solution. 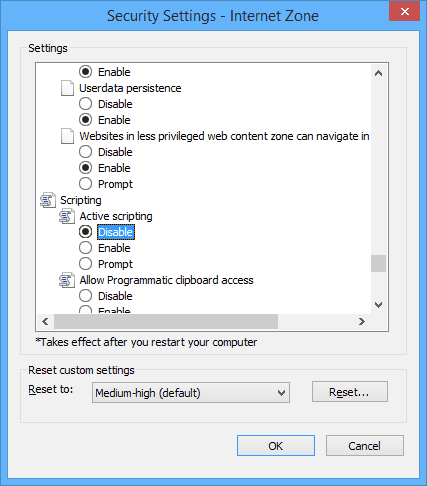 Setting it to prompt will make IE bring up a message before running Active scripts like Flash.  However, this can be quite annoying as you’ll be clicking a lot of message boxes. 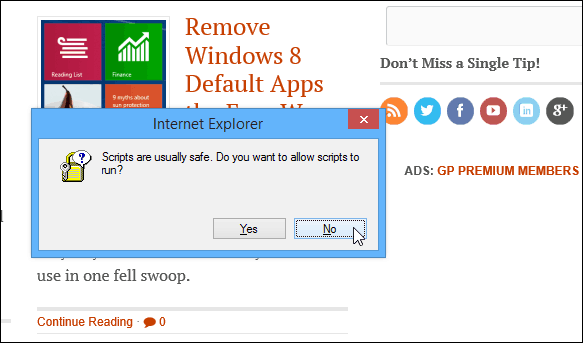 The obvious and most effective way to protect yourself from the exploit is to not use Internet Explorer. Use Firefox or Google Chrome instead, at least until a patch from Microsoft is released.

Unfortunately using a different browser on Windows RT isn’t possible, so definitely disable the Flash Add-on. On RT go to the Desktop and follow the same directions shown above – that will disable Flash for the desktop and Modern version of IE too.

Stop using XP. While you can use different browsers on the outdated Windows XP, and avoid this exploit, there’s no more patches coming – not for this exploit or any future exploits. Internet Explorer is needled deep in to the Windows operating system, and this is just a sign of what’s to come if you decide to stay on XP.

If you’re still on XP and want to kick the habit, check out these alternatives. Also make sure to check out the following articles we’ve done to help you make the transition:

Microsoft has issued a patch for the vulnerability for IE in Windows 8, Windows 8.1, Windows RT 8.1, and Server 2012