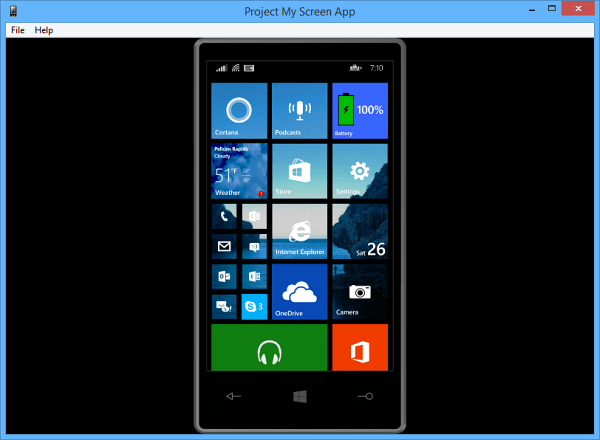 Windows Phone 8.1 has introduced several new features, and now anyone can project their phone’s screen to a PC’s display via USB or Miracast. Here’s how.

There might be times when find yourself in a situation at work or at home where you need to show your Windows Phone screen on something larger in real-time. This was definitely not possible when Windows Phone 7 was first introduced. In fact, you couldn’t even get a screenshot easily. At that time you needed special hardware and software to take them. Eventually developers were able to get shots of the screen in 7.5 by getting using emulator software.

Now with the introduction of Windows Phone 8.1, anyone can project their phone’s screen to an external display via USB or Miracast. Here’s how.

Note: For this to work, you will need to be running Windows Phone 8.1 which anyone can get now — if you sign up as a developer (which is free), and you’ll need a PC running Windows 7 or higher. For this tutorial I’m connecting a Nokia Lumia 520 with Windows 8.1 update 1 using USB.

First install the Project My Screen app from the Microsoft Download Center to your PC.

After it’s installed you’ll find it in the Apps section of the Start screen where you can pin it to your Taskbar for easier access. It automatically creates a desktop icon as well. 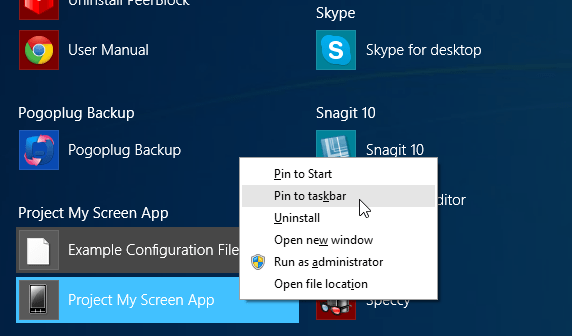 The app launches in full screen mode by default, just like a Modern app, which is annoying. Hit the Esc key to bring it down to a resizable window. 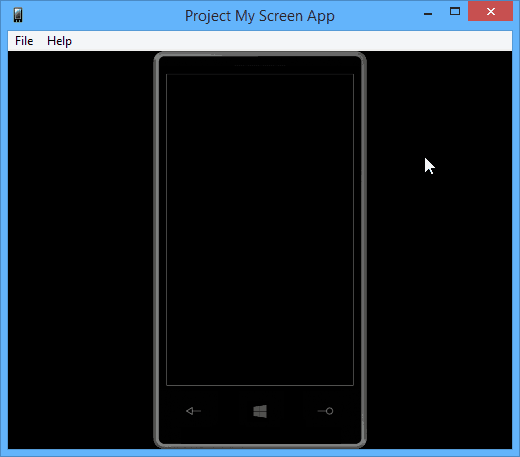 Now connect your phone using the USB cable and go to Settings > Project My Screen. Then on your phone you’ll see the message asking if you want to project your screen – tap Yes. 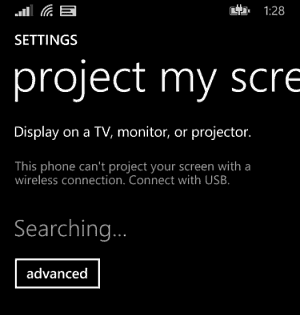 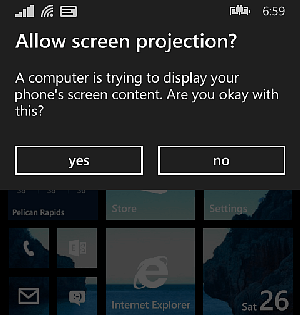 There you go! Now you’ll see your Windows Phone 8.1 screen in the Project My Screen app. This is good if your giving a presentation or demonstrating your company’s app on the phone. One caveat is that audio isn’t supported yet.

In the Advanced section of Project My Screen on the phone is you can turn “Show touch” on. That will show a dot where you’re touching the screen – makes it easier for the viewers to follow along. 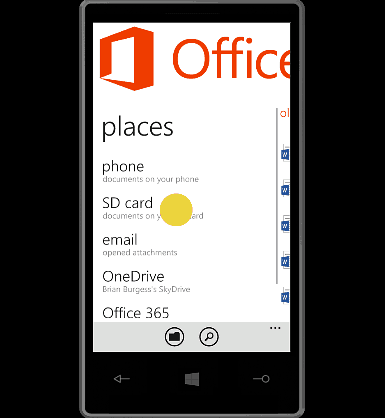 If you want to learn the keyboard shortcuts that allow you to control the Project My Screen app more fluid, go to Help > Controls. That pulls up a  list of keys and what they do for the app, as seen in the shot below. 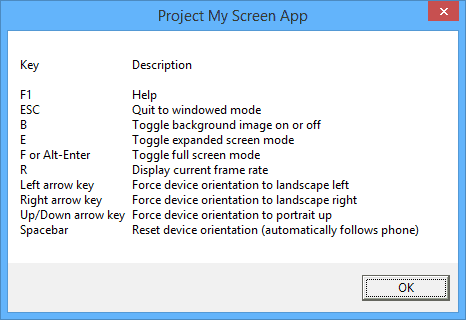 Another thing I found interesting is that you can control your phone from the app with Windows 8.1 anyway. I tried to do it on a Windows 7 system and it didn’t work. For instance, I took the mouse and clicked Xbox Music, browsed around, and even played a song and other actions on my phone. Everything works from the app like I was using the phone itself. 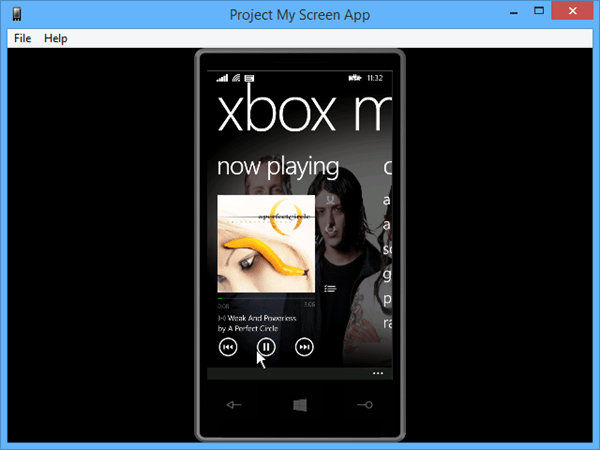 What if Your Phone’s Screen Doesn’t Project?

If you’re phone isn’t projecting, it’s likely due to old phone drivers. There’s some good advice offered by Microsoft’s Cliff Simpkins on how to fix the problem. Here’s what worked for me when connecting a Nokia Lumia 520 with Windows 8.1 update 1:

Open Device Manager and scroll down to Portable Devices, find your phone and do a right-click > Uninstall. Also, make sure to scroll down to Universal Serial Bus Devices and get all of your phone’s drivers from there. Unplug your phone from USB and plug it in again. Windows will update your drivers, and you should be good to go now using Project My Screen. 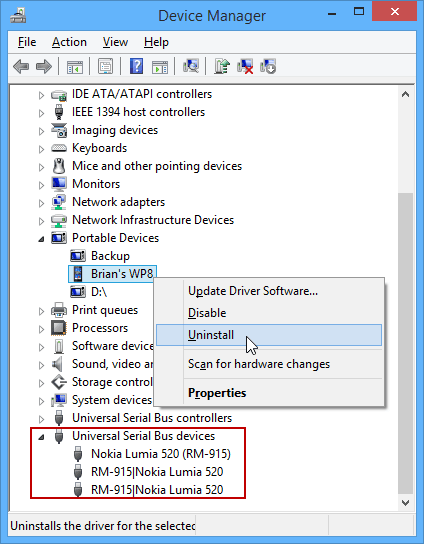 With Windows Phone 8.1 you can also project your screen wirelessly if you have a Windows Phone and display that supports Miracast. Since those are still a rare breed, you’re probably going to use the USB method, which works just fine.

This is a nice simple method for mirroring your Windows Phone 8 .1 screen to a larger monitor. But it’s basic and I would like to see more features added to this app like the ability to record – so people can do tutorial screen casts. Also, the ability in record audio while working with the phone would be great too. I am not sure where Microsoft is going to take this. Is it something that will eventually come with more features? Or does it just do the job and allow for showing tutorials in the conference room – it remains to be seen.

Also, while I have heard nothing about this, a Modern app version would be nice for users of Microsoft Surface tablets running the RT version of Windows 8. All said, there is definitely room for improvement on this type of app, For what it is, it does the job well. But I can’t help but think more features could be added, and if Microsoft doesn’t do it, third-party developers could go nuts.