Sega brings 25 of its Sega Genesis console classics like Sonic the Hedgehog, Golden Axe, and Streets of Rage to the Amazon Fire TV.

Retro gaming has become quite popular in the last couple of years. You see it with the popularity of retro consoles like the Nintendo NES Classic and PlayStation Classic. Now Amazon is getting in onboard the retro gaming wave and offering the SEGA Classics app on Fire TV. Last week Amazon announced it is bringing a new collection of Sega Genesis classics to its Fire TV sticks and set-top boxes. The bundle is available now and all you need is the Alexa Voice Remote to play the games.

There are several popular titles included in this collection including the Streets of Rage and Golden Axe trilogies as well as a few if the classic Sonic the Hedgehog titles which are remastered versions. There are also some helpful display options like choosing the standard 4:3 view or the “Pixel Perfect” mode that offers a crisper and sharper picture. Other options include the ability to rewind a game a few seconds to redo a tough jump or other action. The main menu is straight-forward, and you can filter games by genre. 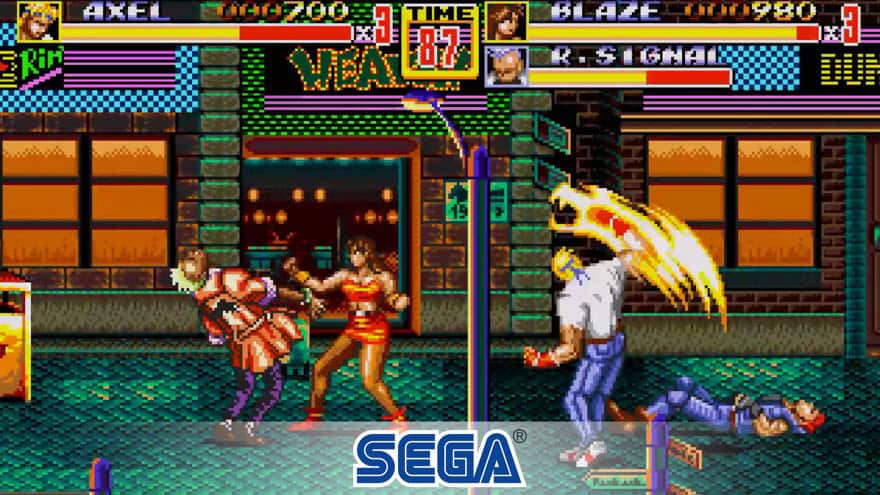 To play the games you hold your Alexa Voice Remote sideways and use the round directional button as the D-pad to move your character around. The Forward, Play, and Back buttons on the controller are for other actions like doing an attack or jumping. Of course, you can also pair a compatible Bluetooth controller with the Fire TV. In fact, Amazon sells its own Fire TV Game Controller – although it is only compatible with earlier versions of Fire TV. The 4K versions and Fire TV Cube are not compatible with the game controller. You’ll need to use the remote to play the games.

The collection is available now for $14.99 and is available in the US, UK, Germany, Brazil, Australia, Grease, Italy, and Spain. It includes the following list of the titles – 15 of which support multiplayer action:

Personally, I wish the Road Rash collection was included as it was one of my favorites, but there are plenty of other fun and nostalgic titles to keep my interest. The remote is surprisingly responsive while playing the games, though it’s not as comfortable as having an actual controller. Still, these are the full SEGA games and they look and play great. What are some of your favorite SEGA Classic titles that you love to play? Drop us a note in the comment section below.