Dropbox has added its metro-style app in the Windows Store. While not yet as robust as the desktop version, it’s welcome news for Windows RT tablet owners.

Dropbox has added its app in the Windows Store for users of Windows 8 and Windows RT. This first iteration is basic and doesn’t include all of the features of the desktop version, but it’s a solid start. Here’s a look at what you can expect.

Here’s a look at the Dropbox app features:

I tested it out on my Microsoft Surface with Windows RT. The first time you launch it, you’ll need to log in to your Dropbox account. Then enter your security code if you have Two-Step Verification enabled. 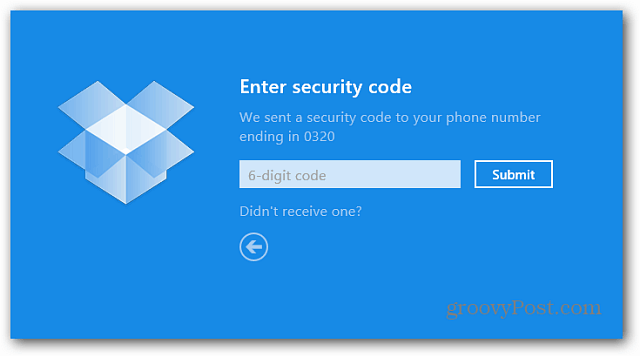 After logging in, you’re presented with a list of the folders in your account. Just tap any one of them to browse through the files. 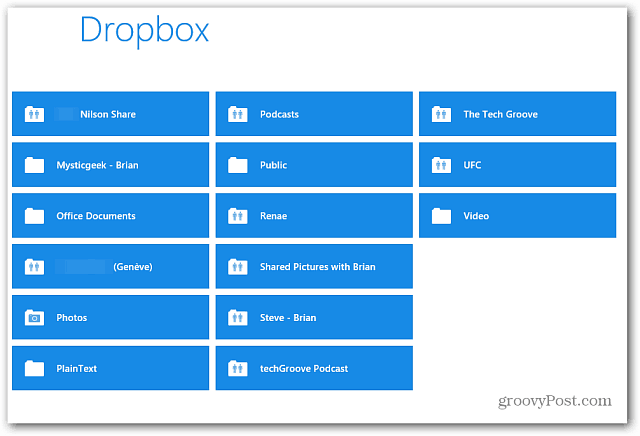 Word, Excel, and other MS Office files will open in Office 2013 on the desktop. The ability to view apps side-by-side makes working in Dropbox and Office docs a breeze. 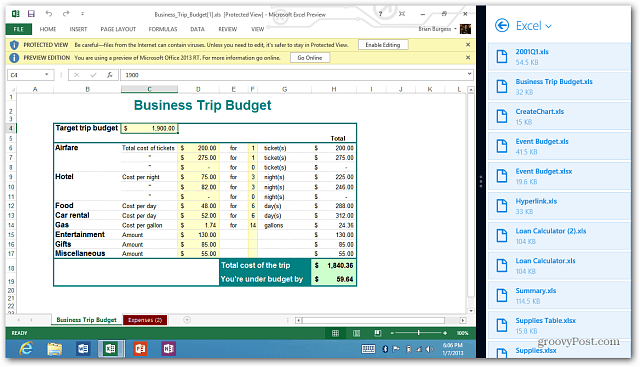 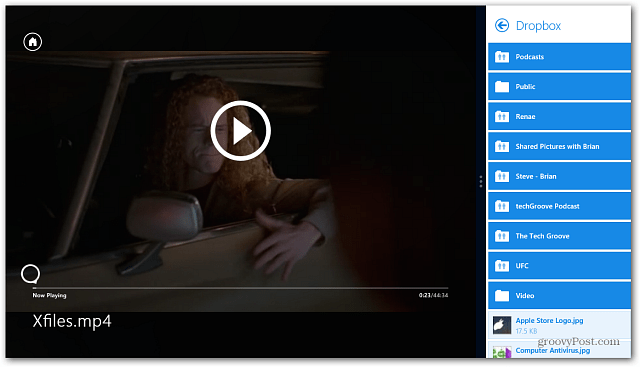 It does integrate with some Windows 8 and RT features. It allows you to use the Share feature to share files and folders with others using built-in apps like Mail and People and share to other apps you have installed on your system. 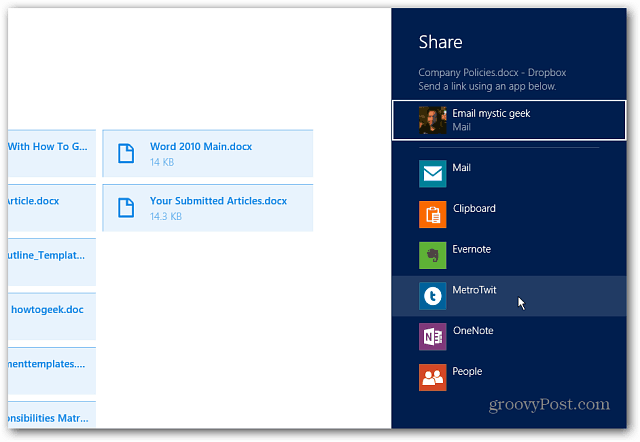 Here’s an example of sharing an audio file from the Dropbox Public folder to Facebook via the People app. It shares a custom message you type in and a link to the file. 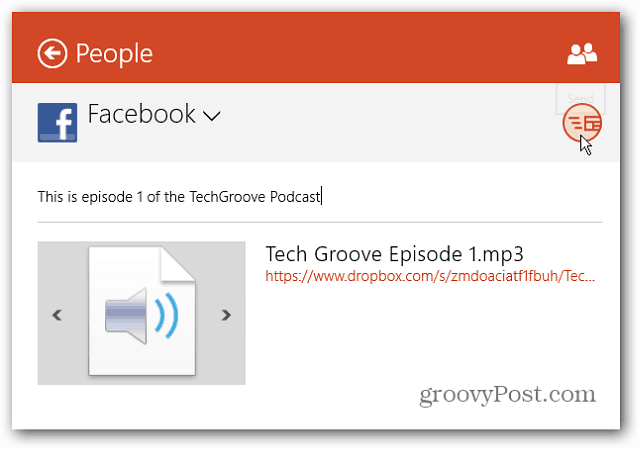 You can select an icon for the file or send it without an image. When it posts to Facebook, your friends can click the message and download it to their computer. 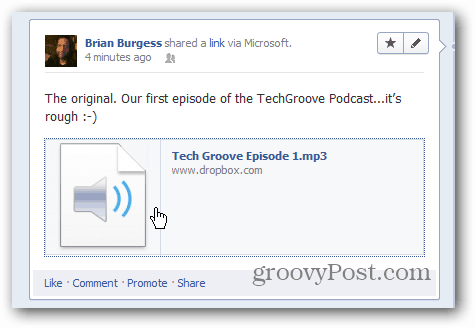 And you’re able to use the Windows 8 / RT Search feature to locate files in Dropbox. 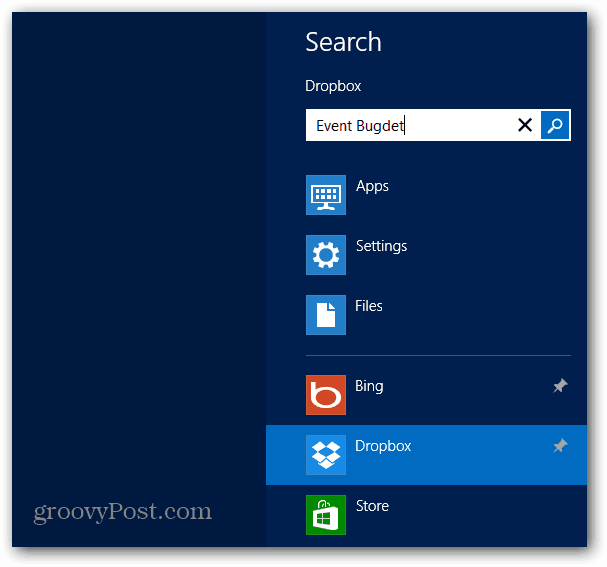 Microsoft would rather have you use its built-in SkyDrive app, which offers 7GB of storage on a new account, or 25GB if you were grandfathered in. But it’s tough to get people to switch, and many people are already using Dropbox for collaborating on projects.

It’s still missing some essential features like selective sync, file management, and uploading. Still, this is welcome news for Surface users or other devices running Windows RT since it doesn’t support desktop programs.