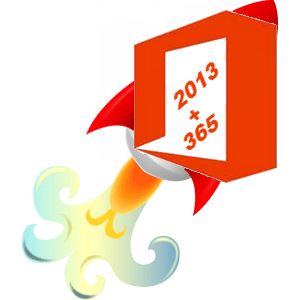 Office 2013 and Office 365 is now availablet for consumers. Today marks the final launch, and confirms the prices for each edition of Microsoft’s latest Office suite.

We’ve been talking about Office 2013 ever since its preview was first available in July of 2012. In October, Microsoft released its latest Office to PC manufacturers and volume licensees, but there still wasn’t any official word on when the final version would hit the public consumer market, until last weekend when Microsoft updated its teaser site with the confirmation date. The company is hosting an event in Bryant Park, NYC to celebrate the launch.

Available for purchase are three new versions of Microsoft Office 2013.

But it doesn’t end there. The highlight of this launch for Microsoft is its new subscription service, Office 365, which is finally leaving beta. Pricing for the new 365 subscriptions (which include Office 2013)

Something worth noting is that the stand-alone versions are reported to only be licensed for use on a single PC. Comparatively, the 365 subscription functions on five different PC’s or Macs.

Corporate and volume-licensed clients can pick up Office 2013 for as little as $10 per user for the standalone desktop version. If you are a single household consumer you can still get in on this deal given our employer has an agreement with SoftwareAssurance or another volume redistributor. Office is also available to Technet and MSDN subscribers for free. Volume licensing for Office 365 runs from $15 to $20 per user depending on the size of the organization.

If you own a Microsoft Surface tablet, check out how to upgrade the Surface RT to the final version of Office 2013.