Nokia’s Lumia 920 is set to be the company’s next flagship phone. The specs for the smartphone have emerged, as well as news that it will feature wireless charging technology.

Nokia’s Lumia 920 is set to be the company’s next flagship phone. The specs for the smartphone have emerged, as well as news that it will feature wireless charging technology. 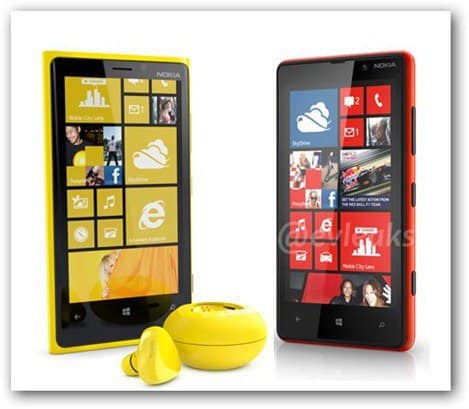 The Evleaks Twitter account, the same that posted the first pictures of the device last week, has a picture of the Lumia 920, together with the Lumia 820 and a wireless charging pad. The red device is the 820 and the yellow phone is the 920. Both will be running Windows Phone 8.

Both smartphones will include the ability to be charged wirelessly, and not only with Nokia’s charging pad. They’ll use the Qi wireless power standard that features magnetic induction technology. If you were to lose your charging pad, you’ll be able to use Energizer’s Qi-Enabled inductive charger. 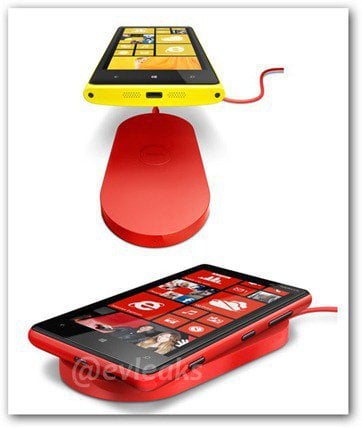 The Verge reports that the smartphones will be unveiled on September 5th at a Nokia-Microsoft event. The Verge also has  confirmed fine of the specs for the Lumia 920.

It will feature a dual-core 1.5 GHz processor, 1 GB of RAM memory and 32GB of storage. It will have an 8 megapixel camera with some special Nokia designed software. Following the trend of having larger displays, it will also have an HD 4.5 inch touchscreen.

Nokia seems to be convinced this phone will help it gain the edge in the fight against rival Samsung. Chris Weber, EVP of Nokia Sales told Samsung to take note of the next generation Lumia.

We’ll see if the new Windows phone actually gains traction in the next few months which will be very competitive for all companies involved.