The Samsung Galaxy Note, the tablet-smartphone hybrid, was a great success for Samsung. Now, the Korean company is preparing to send the successor to the market, and an official release date is known.

The Samsung Galaxy Note, the tablet-smartphone hybrid, was a great success for Samsung. Now, the Korean company is preparing to send the successor to the market, and an official release date is known. 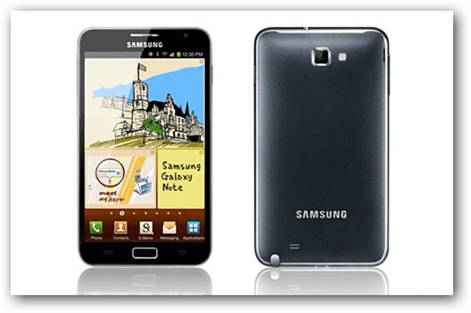 The first Samsung Galaxy Note has been quite successful – over 5 million units had been sold since late spring, contradicting those saying that it was difficult to operate with one hand. It has solid specs and a large battery, as well as a huge 5.3 inch size screen with 1280 x 800 resolution.

Samsung is planning to release the second Galaxy Note in an event taking place on August 29 in Berlin, Germany, according to Reuters quoting a Samsung spokesperson. The event will take place right before the huge IFA fair, which is set to start on August 31st in the German capital.

The fun part comes when talking about the rumored specs. Media from Samsung’s home country of South Korea says the screen will be a little bigger (5.5 inches), and it will be unbreakable.

Also, the new device will feature a better camera – the first one had 8 megapixels, as well as a better CPU. I don’t know how much better the camera will be (although I’ve read 13 megapixel rumors), but a quad core CPU is certainly a must for a top smartphone.

I was quite impressed by the first Galaxy Note as it opened up a lot of possibilities, and I’m looking forward to see this one.

Since sources say the next iPhone is going to make its appearance in mid September, it’s clear that Samsung wants to make a serious impression before that happens.