Build 14316 includes new updates to Microsoft Edge which will help complete the browser and make it more of a contender to Chrome and Firefox down the road.

Microsoft rolled out Windows 10 Preview Build 14316 to Insiders this week, and it’s full of new features. The latest build gives us an idea of what to expect when Microsoft releases the Windows 10 Anniversary update later this summer.

Some of the new features include a new Dark mode, Cortana cross-device features, Virtual Desktop improvements, and much more.

There are also new updates to Microsoft Edge which will help complete the browser and make it more of a contender to Chrome and Firefox down the road. 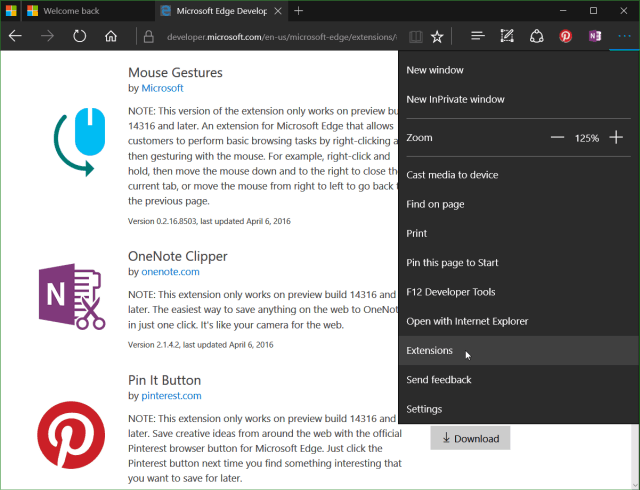 Here’s a list of the new features (sans developer features) according to the Microsoft Edge Team:

In my experience, Microsoft Edge is much faster and easier to use on touch compared to Firefox, Chrome, or Safari. However, it has been a work in progress, and there are important missing features. The most significant being extensions, however, in Build 14291 a handful of extensions were introduced.

More extensions were announced during this year’s Build Developer Conference. Still, the number of extensions are meager compared to Firefox and Chrome, but the good news is it’s a start.

While Microsoft Edge is currently blazing fast, it remains to be seen if that performance continues as more features and extensions are added.