Microsoft this week released its first Windows 10 Insider Preview build 10525 since the official launch of Windows 10 on July 29th. One of the notable changed features is new color options that allow you to set the default color for the Start menu, Action Center, Taskbar, and Title bars.

While this new feature is still early in development, we thought you’d like to get an idea of what’s coming to Windows 10 in future updates.

Note: Changing color options is a feature currently in Windows 10, but the new color option changes more of the UI — namely the Title bars on apps and other system windows.

If you upgraded to Windows 10, you’ve probably noticed that the default color scheme of title bars is white, and it looks rather bland. These new color options coming to Windows 10, will let you personalize the OS a bit more to your liking. 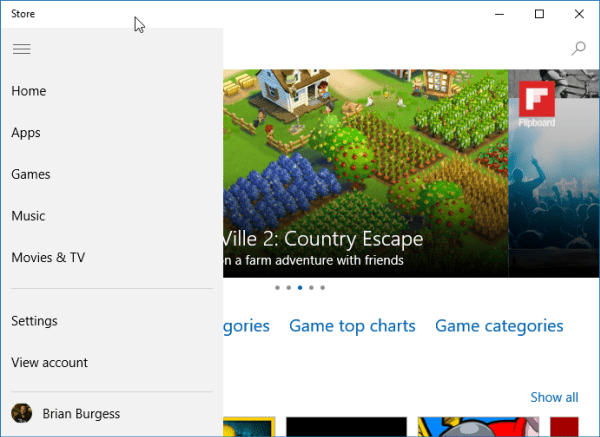 Currently, the title bars in Windows 10 are white — rather bland

In this current build, we go to Settings > Personalization > Colors. Then turn off the Automatically pick an accent color for my background option. That will bring up a pallet of accent colors you can choose from. When you select a color, you do get a bit of a preview as shown below. 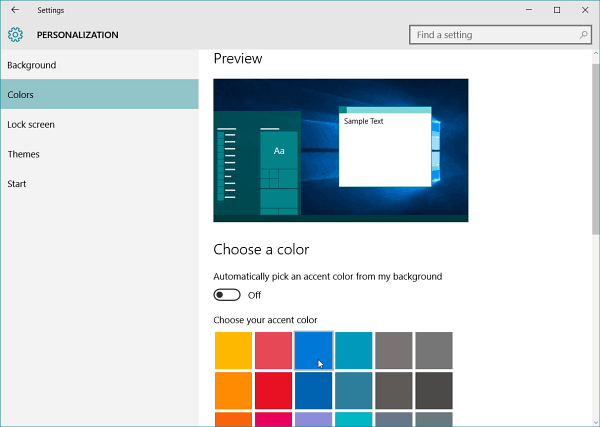 But to really put it to the test, you’ll want to check it out in the OS. Launch some windows and see how things look. For example, I changed the color to an aqua-green color, and this is how the title bar on the Windows Store looks. 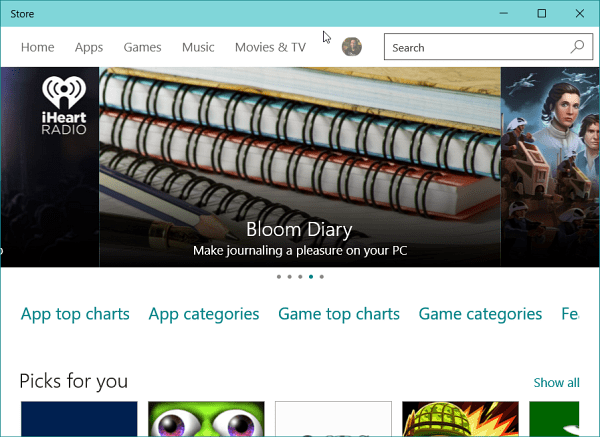 The title bars on your open windows can look less bland, like this example of the Windows store

In the settings, you can make the color you choose show on Start, taskbar, and action center as well as make them transparent. Both of these are enabled by default. 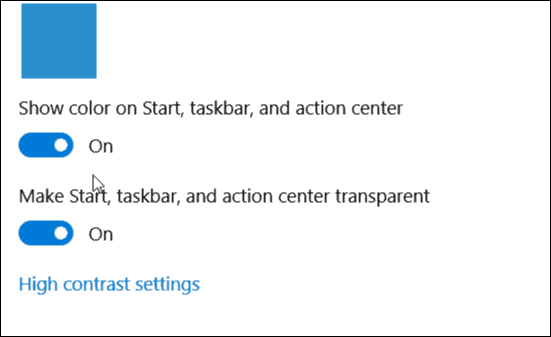 In this example, I went with a darker green and this is how the Start menu looks. 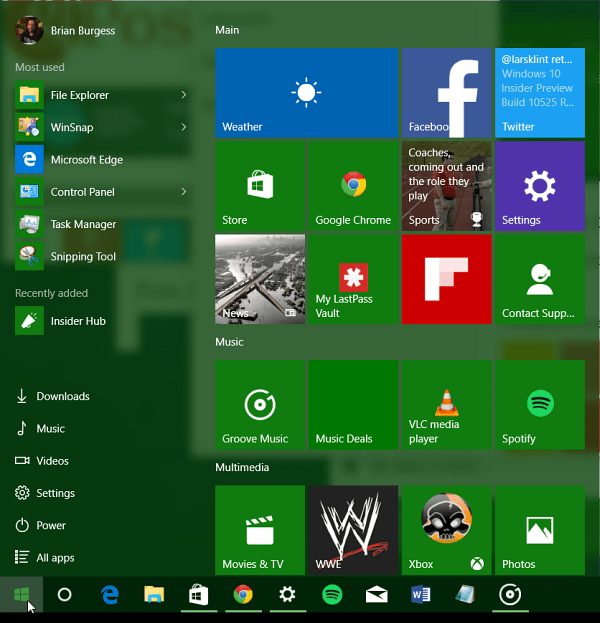 And here’s an example of a full desktop with a green color selected. 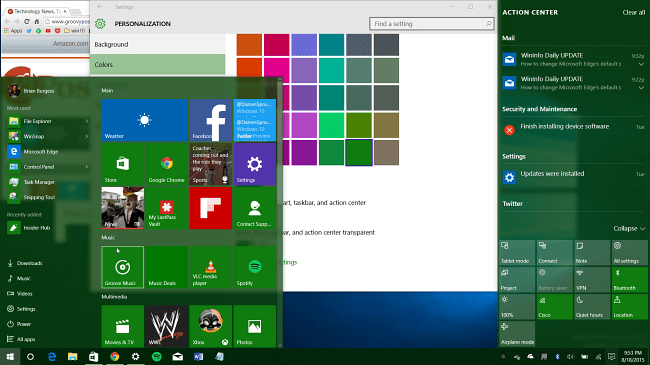 Again, keep in mind that this is the first version of the new color features, and will be refined and enhanced in new preview builds before being released to the general public.

Do you like what you see so far? Let us know in the comment section below, or continue the conversation in the Windows 10 Forums.