Fast.com from Netflix provides a simple way to check your Internet download speed, and now the company is updating it to include more details.

When it comes to adding new features, Netflix is on a roll this month. The company recently announced auto-downloading for Android and the global rollout of a new TV interface with a sidebar. And now, the company announced it is updating its web-based speed test tool to include more information.

You probably didn’t even know Netflix has a speed test tool. It’s available at Fast.com, which we covered a few years ago when it first went live. At that time, it didn’t do much other than measure the download speed you were getting from your ISP. The main goal was to give you a quick look at your download speeds if you were having buffering issues while watching movies or TV shows. It also provided a link to compare the results with speedtest.net, which offers more data on your connection. Netflix also released app versions for Android and iOS.

But now, Netflix’s fast.com is providing you with the extra connection data, including upload speed, latency, location, and more. According to the company, fast.com generated more than half a billion-speed tests, but users were requesting more. “We’ve heard from some FAST.com users that they crave more information about their internet connection. That’s why today, we’re adding the ability to measure connection latency and upload speed,” writes Netflix engineer Sergey Fedorov. 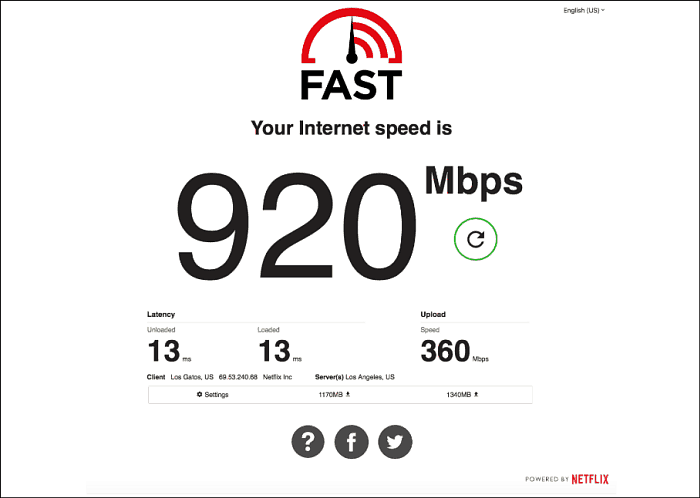 With the addition of latency values, you’ll have a better understanding of why Netflix content is pixelating or buffering. Latency is divided into two separate sets – loaded and Unloaded. Unloaded measure the latency of data transfer when your network isn’t being used. Loaded measures the latency when your network is dealing with traffic, i.e., your kids’ downstairs gaming and/or your computer is downloading a large file.

It’s free and easy to use. To give it a try, head to Fast.com, and the test will start automatically. I don’t recommend just relying on Netflix’s tool, though. Run a test on SpeedTest.net and see how they compare. Netflix also recommends bufferbloat.net for suggestions on improving your home network performance.