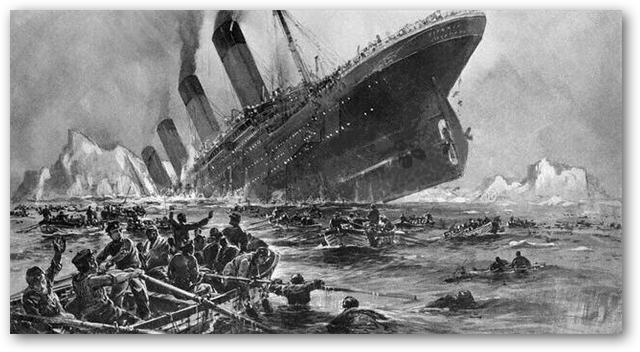 We at groovyPost.com just recently conducted a reader poll to find out what you thought about the Netflix price hike in July and spin-off of its DVD mailing service into its new Quikster subsidiary. The results? You were all dead on — and that’s bad news for Netflix. 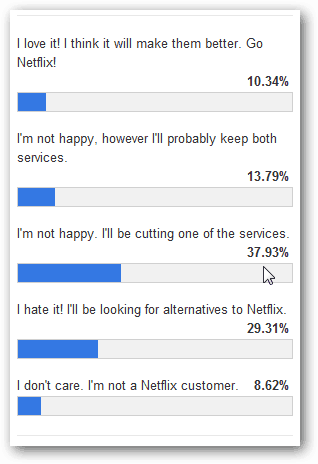 The majority of readers polled said they will either cut one or both services from their Netflix subscription. Now we don’t make a habit of reporting stock prices here at groovyPost (we’re geeks, not Wall Street reporters), check out how the Netflix stock performance is right in line with our readers poll.

Since it first announced its new pricing plan and then split its DVD service off to Quikster, there’s a deep dive. Share value sunk rapidly a high of $298.73 a share to Friday’s closing price of $113.27. 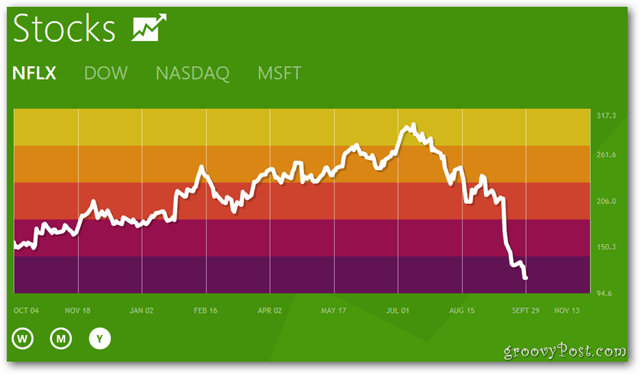 Taking a deeper look at the Netflix stock performance, its evident investors are running for the life rafts. In just a little over 2 months, Netflix stock price has dropped 61 percent, dropping the company’s overall market value by $9.3 billion. 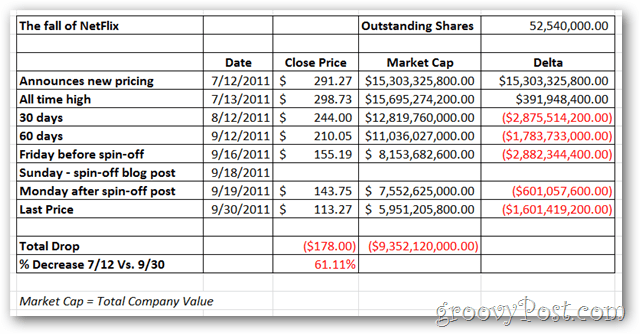 Bad news for CEO Reed Hastings. His apology video, below, was too little, too late for a lot of people.


Netflix reported more customers than expected were canceling their subscriptions, about a million in total so far. Just as we expected. But where will Netflix dropouts land?

In the next few weeks, we expect a lot of competition to emerge from: Hulu Plus, Amazon with its streaming start-and-stop Kindle Fire tablet and over a myriad of other devices and TVs including Comcast’s xfinitytv.com revamp, Dish Network’s new Blockbuster deal and more.

And never forget Google’s darling YouTube. Steve has been telling me for years that it was only a matter of time before YouTube puts Netflix and most cable providers out of business. Sounds likely to me.

If Hastings doesn’t plug the holes in this apparently sinking ship, a Google or Microsoft might just step in and do it for him via a hostile takeover.

Disclosure: groovyPost makes no financial recommendations for the buying or selling of stocks and takes no responsibility for losses or gains in the markets. We do, however, report on news and views. A tanking Netflix — membership or stockwise — is major news for all of us tech lovers.