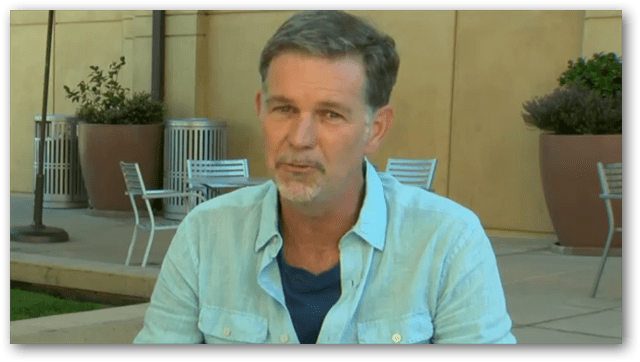 It as yet unclear whether the board forced the changes due to last week’s Netflix market plunge or whether Hastings and management made it. If it is the latter, Hastings will come out of this cluster as a hero. If it is the former, Hasting’s future at Netflix looks dubious at best.

It’s a smart move. Stock value was up 10 percent at this writing, soon after Hastings wrote this in this terse post. Excerpt:

“It is clear that for many of our members two websites would make things more difficult, so we are going to keep Netflix as one place to go for streaming and DVDs.  This means no change: one website, one account, one password… in other words, no Qwikster. While the July price change was necessary, we are now done with price changes.”

The king of understatement, Hastings made no mention of his September 18 mea culpa video, shown below.

Is Netflix on its way to being the “same as it ever was?” Wall Street and longterm customers hope as much.