The anticipated interactive Black Mirror episode called Bandersnatch has dropped, but it’s not supported on all devices including Apple TV and Chromecast.

Bandersnatch is one of the most anticipated interactive TV shows on Netflix which dropped on Friday. The special Black Mirror episode is a choose-your-own-adventure program that allows you to make different decisions for the characters throughout the telling of the story. Unfortunately, it is not compatible with all devices that offer the Netflix app. Most notably the Apple TV and Google Chromecast are unsupported.

When you try to watch/play Bandersnatch on the Apple TV, you will be greeted with several Black Mirror characters saying, “I’m sorry.” That is followed by a message from Netflix letting you know what to look for on your device in order to enjoy the full interactive viewing experience. The screenshot below is what you need to look for — a red badge with a star-burst logo in the upper-right corner. 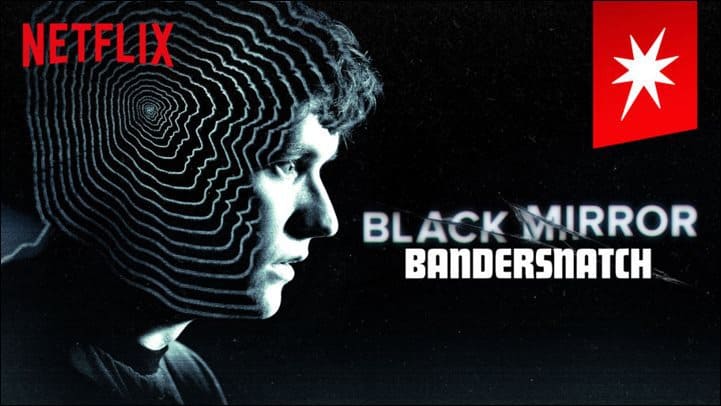 Netflix will also send you the following vague email message after trying to watch it on Apple TV or another unsupported device:

We noticed you tried to play Black Mirror: Bandersnatch. Unfortunately, this is an interactive show that is only compatible with newer smart TVs, most streaming media players, game consoles, and web browsers, and iOS and Android devices running the latest version of the Netflix app.

Apparently, Netflix hasn’t updated its app for Apple TV and other devices to support the Open Source programming language called Twine which Bandersnatch was written.

Not being able to play the interactive show with Chromecast isn’t exactly surprising considering it doesn’t have a remote control. But you can play games on Apple TV and other interactive services like HBO’s Mosaic app work on Apple TV. While it does work on iOS, don’t try to Airplay it to your Apple TV because that doesn’t work either. It’s also worth noting that the company says other platforms not supported are the Windows 10 Netflix app and web browsers that still use Silverlight – of course, you shouldn’t be running such an old browser and device that supports Silverlight anyway.