When Juan Ponce de León was traipsing through Florida looking for a fountain of youth, he didn’t know how far off he was. While he was battling swamps, quicksand, mosquitoes, and alligators, all Ponce really needed was a Starbucks. 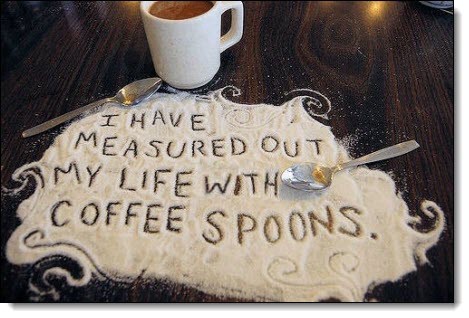 When Ponce de León was traipsing through Florida looking for a fountain of youth, he was searching for the wrong thing. While he was battling swamps, quicksand, mosquitoes, and alligators, all Ponce really needed to find was a Starbucks. (Sixteenth-century swamps being one of  the few places where Starbucks coffee shops have not opened.)

That’s right. To fulfill the duty cast upon him by the king of Spain,*  Juan Ponce had but to come across a good cup of joe … a jigger of java … jitter juice, mocha, morning mud. Whatever you call your cup of sludge, according to research reported this week in the New England Journal of Medicine, each sip of coffee you swallow is making you live a little bit longer.

What… the….? Is this the same coffee that we used to be told would stunt a kid’s growth, raise the blood pressure of adults, give us the jitters, and keep us at night when we should be getting that wholesome, refreshing sleep. Yep. Same beverage. With all the same caffeine–or without. Doesn’t matter. If you drink a cup of coffee, day or night, statistically you’re going to live longer.

And this isn’t just something out of a press release from the Coffee Bean Growers Benevolent Association. It’s the findings of a study by the National Institutes of Health and AARP on 400,000 test subjects, findings that found “There may actually be a modest benefit of coffee drinking,” as lead finder Neal Freedman told AP.

Neither Freedman nor any of the other researchers can say why. It’s one of those statistical things. Once the study was jiggered to take into account the fact that smokers are also more likely to drink more alcohol, eat more red meat, and exercise less, the figures clearly showed that the one thing in their favor was their coffee drinking.

The study began in 1995 using AARP members aged 50 to 71. By 2008, about 52,000 of them had died, ruling out the immortality scenario as a possible result of coffee quaffing. But compared to those who drank no coffee, men who had two or three cups a day were 10 percent less likely to die at any age. Similar coffee drinks among women had a 13 percent advantage.

So what’s next? Studies that show a few belts of bourbon before a board meeting will make you more confident and intelligent with a photographic memory? Of course, we think that’s how we are after a few drinks, but maybe there’s proof in some future study that we really are. Or–and this is the one I’m waiting for–smoking a few joints absolutely does give people the ability to understand higher metaphysical concepts, including why The Three Stooges give more insight into the human condition than Sartre.

If you need any test subjects, let me point out that I’m an AARP member.