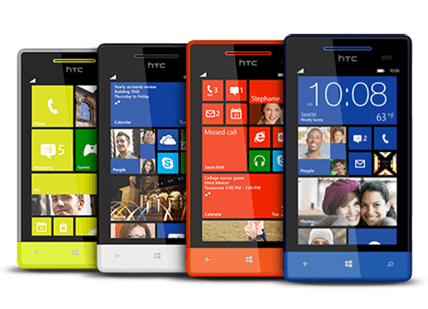 If you’re running low on local storage space on your Windows phone with 8.1, you might want to move storage hogging apps and games to the larger SD card.

If you’re running low on local storage space on your Windows phone, you might want to move storage hogging apps and games to the larger SD card. The Windows 8.1 update provides an easy way to do it through the new Storage Sense feature.

If you you don’t have an SD card yet, make sure to check out our article on how to choose an SD card for best performance and compatibility. I use a Nokia Lumia 520 and popped in a SanDisk Ultra 32GB microSD card.

Note: If you don’t have it yet, anyone can install Windows 8.1 by singing up as a developer. For step-by-step instructions, check out our article: How to Get Windows Phone 8.1 Update Now.

My Nokia Lumia 520 has 8GB of local storage which is typical for lower-end phones. And it isn’t much once you start downloading apps, music, and videos. Once you pop in your SD card, you’ll want to move the apps from the phone’s local storage to the SD card and ensure all future apps and other content is installed or stored on it as well.

From your Apps list tap Storage Sense and it will show you what’s taking up space on the phone. 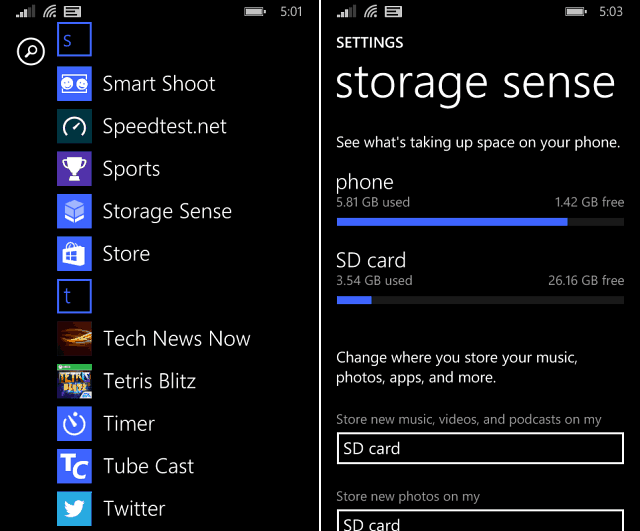 First, make sure to set all future items that you download to be set to your SD card. Personally I have everything sent to it instead of my phone. 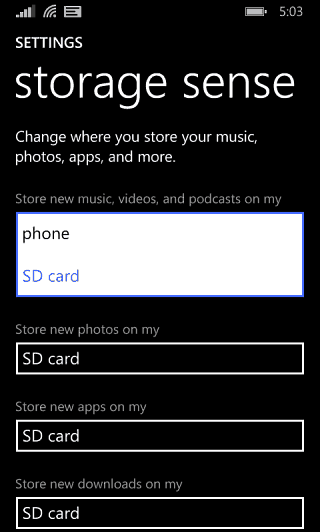 The next step is to move apps and other content to the SD card. Scroll back up on the Storage Sense screen and tap Phone. It will take a few moments while your phone is scanned and you’ll see what’s taking up all the space. In this case it’s Apps + Games – tap it. 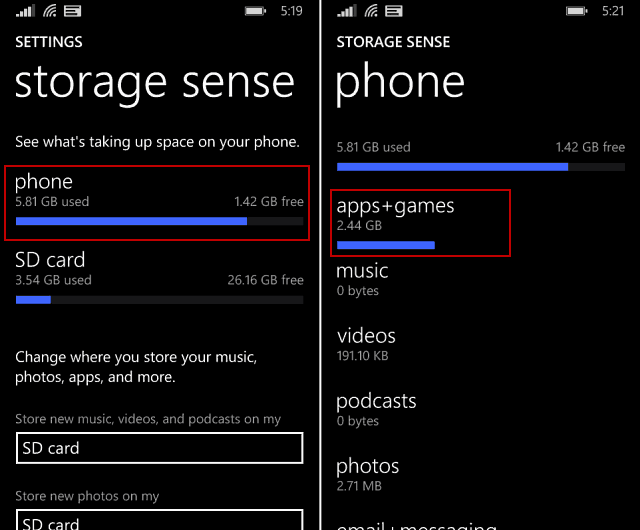 On the next screen tap the Select button at the bottom, tap Select All, and then the Move button. Some of the apps will be grayed out, like Xbox Music, OneDrive Calendar and others which are built in to the Windows Phone 8.1 mobile OS. 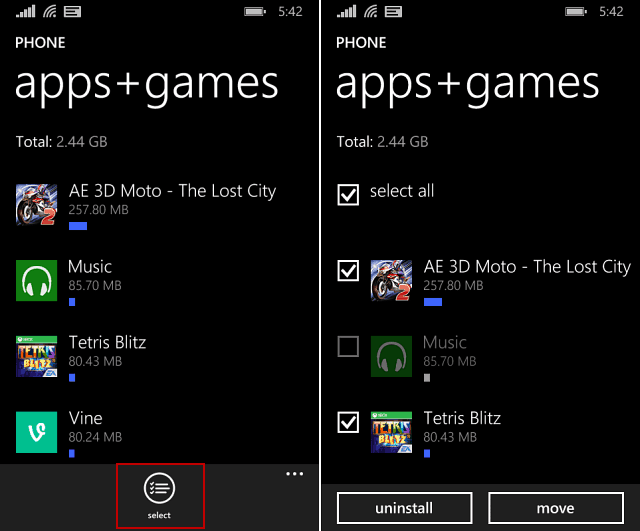 Verify you want to move everything, and then wait while apps and games are moved over. The amount of time it takes will vary depending on the amount of apps you’re moving and the quality of your phone. On my phone, moving 2.4GB of apps took about 45 minutes. So make sure you have the phone plugged in to a power source when doing this. Apps will disappear from the list as they’re moved over. 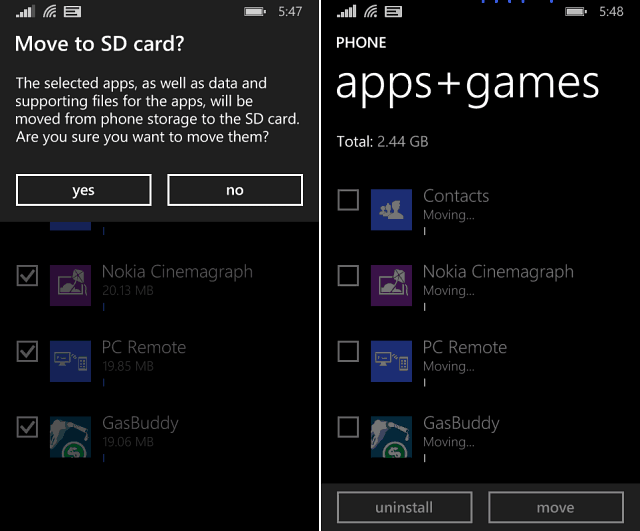 Every current user of Windows Phone 8 will have the Windows Phone 8.1 update pushed out to them sometime this summer for free. Each device will vary too, depending on the carrier and when it wants to push the over-the-air update. So if you don’t want to wait, I recommend downloading and installing it on your phone now following these instructions.