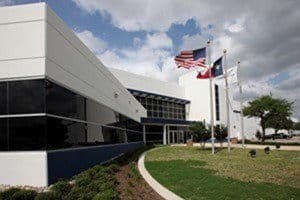 The Moto X will be the first “Made in the U.S.A.” smartphone. This bright spot contrasts troubling news trends about Foxconn, tax sheltering and conflict minerals associated with smartphone production. But is it the end of the story?

In a press release last Tuesday, Motorola Mobility LLC announced that the new Android smartphone, Moto X, will be assembled in the U.S. This move will allow the company to “iterate on design much faster, create a leaner supply chain, respond much more quickly to purchasing trends and demands, and deliver devices to people here much more quickly.” These are the official business reasons given by Motorola, the somewhat deposed mobile manufacturing giant acquired by Google in 2012.

However, the context of the press release speaks to a more pressing concern growing in the public’s awareness. This announcement comes at a time when Apple has been roiled in controversy over the way it produces and profits from iPhones. There are the troubling impacts of coltan sourcing—a “conflict mineral” on par with gold and  diamonds. And the the deplorable working conditions at Foxconn (see: accidents and suicides). And most recently, the investigation into Apple’s alleged tax sheltering of over $44 billion in profits.

It goes without saying, it’s hard for conscientious consumers to feel good about buying an iPhone. This growing distaste for smartphone production is likely a contributing factor in Motorola’s decision to begin assembling smartphones at a Flextronics facility in Fort Worth, Texas. As proof, the press release links to the job postings for Fort Worth positions, which includes about 150 positions posted in March and April.  This includes about 40 assembly jobs, 15 quality control jobs, 15 “phone analyzer” (final setup of the assembled phone) jobs, and 20 testing jobs. Sprinkled throughout the job postings are positions for supervisors, engineers and managers.

Should You Feel Good About U.S.-made Smartphones?

Any move that brings jobs to the U.S. is good news. But in the grand scheme of things, this is only a step in the right direction—Motorola hasn’t quite crossed the finish line in the race for a warm and fuzzy smartphone. Before you put your misgivings about the smartphone supply chain to rest, consider the following:

All negativity and cynicism aside, Motorola’s embracing of the on-shoring trend is a ray of hope, both for American manufacturing and ethical production of electronics. In a similar vein, Apple has announced that it will be shifting some of its production away from Foxconn and be building a new line of Macs in Texas. And back in 2012, Lenovo announced that it would begin manufacturing tablets in North Carolina. Overall, it appears that public concern over how our stuff is made is having a positive impact.

What do you think? Would you feel more inclined to buy a smartphone that was made in the U.S.A.? Tell us what you think in the comments.

P.S. Aside from all that, I am personally left with one burning question: Is Motorola really naming its phone based on a play on the word “motorcross”? 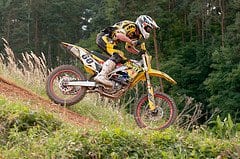