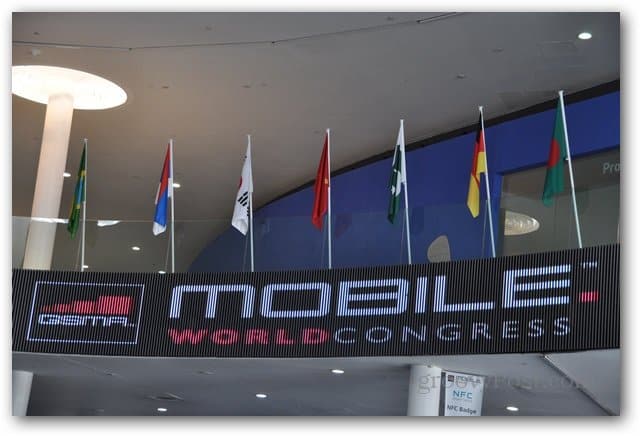 Mobile World Congress 2013 was just as huge as it always is, and it was full of interesting products. I was there last week and here’s a list of what I found the most promising and interesting.

Mobile World Congress 2013 was just as huge as it always is, and it was full of interesting products. I was there last week and here’s a list of what I found the most promising and interesting.

I was very happy to get the chance to play with HTC’s new flagship, even if for just a few minutes. And let me tell you, the company really got it right this time around. Apart from the great design, this thing is a beast spec-wise, too. It has a quad-core 1.7 GHz CPU, 2GB of DDR2 memory and a lot more, including Android Jelly Bean.

Apart from that, it has a stunning 4.7-inch full HD, 468 ppi touchscreen. It’s actually similar to the one in the J Butterfly. And the Ultrapixel camera took shots extremely fast. I look forward to trying it out more in the future. 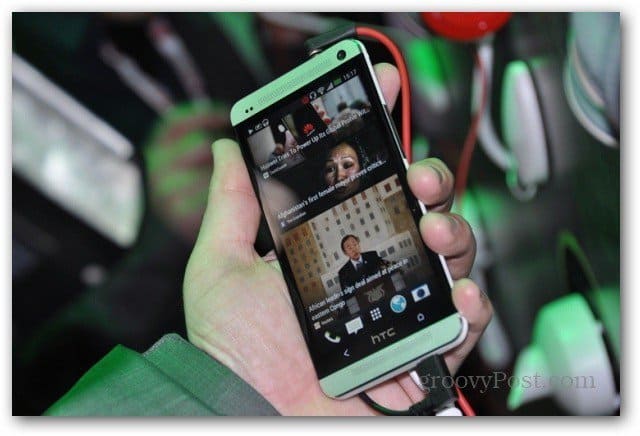 Ubuntu finally has a tablet and smartphone version. I watched a presentation and the great ideas are there, that’s for sure. Plus, it looks great.

In fact, you can already install a preview of Ubuntu on your Nexus 7, but, considering the fact that there is a chance you could brick the device, I would refrain from doing it now, unless you’re a true enthusiast.

Great as it may look, I’m not really sure there is a market for it, with Android and iOS all over the market. On the other hand, stranger things have happened and not a lot of people gave Android a lot of chances five years ago. 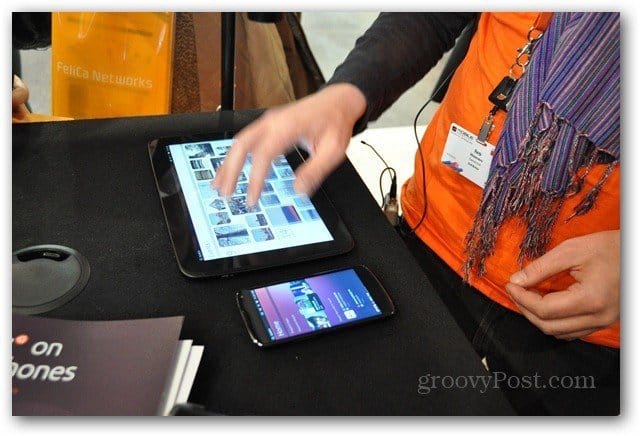 Sony promoted these two products quite a bit at this year’s Mobile World Congress, and I have to admit that it rightly did so.

Both of them are waterproof, have a great-looking, sleek design, and nice displays. The smartphone has a Full HD 5 inch display, and uses a quad-core 1.5 GHz CPU. While the tablet (also Full HD) has a 10.1 inch display and a quad-core CPU, too.

The most impressive thing about both of them are probably the screens. The new Mobile Bravia Engine 2 does a great job at showing quality images. And Sony’s icons and interface also look really elegant. 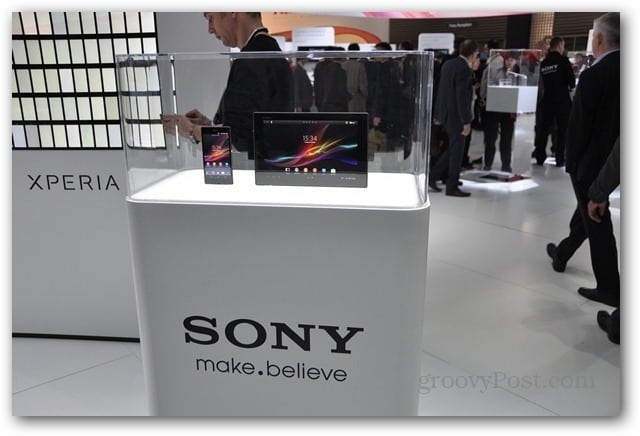 The latest member of the Padfone range is one that’s capable of a lot of interesting things. Shown in a press event that even had a tech magician of sorts, the new Padfone is as completely Full HD as its competitors.

The smartphone has a 5-inch Full HD display and the latest quad-core Qualcomm CPU, at 1.7 GHz. It runs Android 4.2 and also has a 13 megapixel camera. The station – namely, the screen that turns it into a 10.1 tablet, is also Full HD. 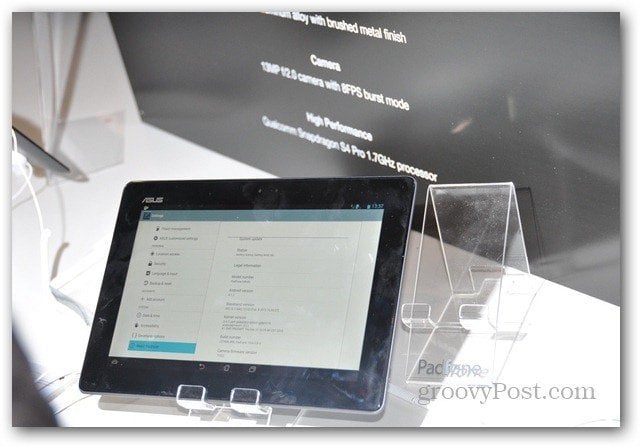 One of the most interesting devices at the fair in Barcelona, the Optimus G Pro is indeed what you could call a phablet. It has a 5.5 inch display (440 ppi) and of course it’s a Full HD one. I was quite impressed by the display. It’s very bright and colors look natural on it.

The camera also has another groovy feature – you can capture images with both the back and front camera at the same time, showing your reaction to something you’re viewing. 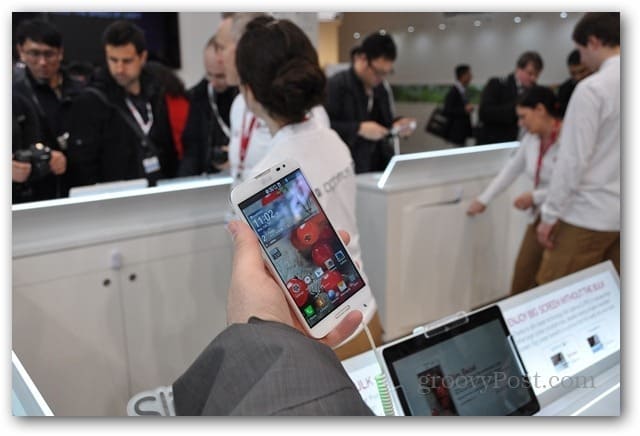 Samsung brought the latest member of its Note line to Mobile World Congress. The tablet can also be used as a mobile phone – but I’d use a headset if I were you.

It has an 8-inch display – 1280 x 800 in terms of resolution and a lot of added features to the S-Pen. Hovering the pen over categories in Flipboard will show headlines without the need to access a category. It can still be used to mark and cut important things and easily take notes.

The CPU is a quad-core 1.6 GHz one and I liked its fluency of use a lot. Samsung has included some interesting apps, like a groovy Virtual Human Body app. The design is similar to the Galaxy S3, and I have to admit it’s really fun to use. 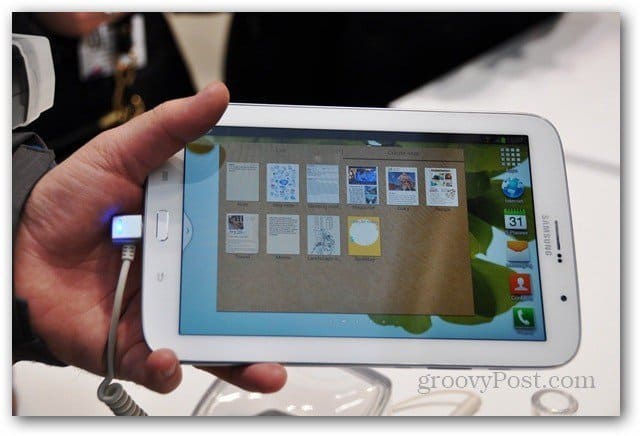 While there was a lot more shown off at Mobile World Congress 2013, and these are just a few of the groovy devices I saw at this year’s event.

What about you? Let us know what you saw out of MWC this year that you’re anticipating the most!