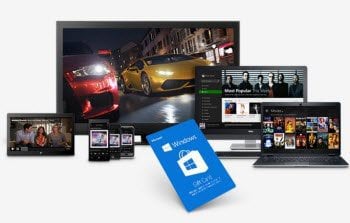 In time for the upcoming holidays, Microsoft is offering its Work & Play bundle for only $149. Purchased separately, each of these services would cost $360.

In time for the upcoming holidays, Microsoft is offering its Work & Play bundle for only $149. The bundle offers a year subscription to Office 365 Home, Xbox Live Gold, Skype Wi-Fi + Unlimited World, Assure Support Plan, and a $60 gift card. Purchased separately, each of these services would cost around $360. That is a total saving of over $210.

This year’s Work & Play bundle is a bit different than last years but is still a great value. Here’s a closer look at what’s included:

A bonus $60 gift card is available to use in Microsoft’s online stores: Xbox, Windows Store, and Windows Phone store. You can use it for apps, music, media, and even grab yourself the latest popular Xbox game.

I purchased this last year and it included most of the same services. What’s left out this year is a subscription to Microsoft’s Groove Music service. Still, with everything included in this bundle for only $149, you’re getting one heck of a deal. Plus, it continues to add years each year you buy it. For instance, right now I have Xbox Live Gold and Office 365 through 2017.

The offer is available until January, 10th 2016. For more, check out the Work & Play Bundle in the Microsoft store.