Microsoft is officially pulling the plug on its Windows Live Essentials suite of free applications. Here’s what you need to know if you still want to use these programs.

Ray Ozzie, a former Microsoft Chief Software Architect, introduced the Windows Live platform in 2005. Since then, Microsoft embarked on releasing a suite of multimedia apps and services over the years. Windows Live Essentials included apps previously bundled with the Windows Vista operating system, such as Photo Gallery, Movie Maker, Mail, and Messenger. At the time, Microsoft was competing with Apple in the digital lifestyle wars. Apple’s iLife digital media suite got rave reviews for its integrated collection of easy-to-use software such as iPhoto, iMovie, iDVD, and iTunes.

Microsoft aggressively focused on delivering a similar experience for the Windows PC. Eventually, Microsoft’s fight against new rivals Google on the web and Apple in mobile took center stage. It was no longer about PC software but about tapping into the new trends in computing: mobility, internet search, and touch. Eventually, software like Windows Essentials suffered. The last version was released in 2012 and included support for Windows 8; there is no Windows 10 release for Windows Live Essentials, but the last version is still available for download. But not for long. Microsoft is planning to close the chapter on these still popular desktop apps and services.

If you plan to use Windows Essentials 2012, now would be a good time to download a backup copy; Microsoft will be removing access soon. The software will continue to work with some caveats. Windows Mail 2012 does not officially support the new Outlook.com (you can tweak your settings to use POP or IMAP).

“Windows Essentials 2012 suite will be available for download until it reaches its end of support date on January 10, 2017.”

“Already installed applications will continue to work as they do today. There is an increased security risk associated with use of unsupported products past their end of support date” 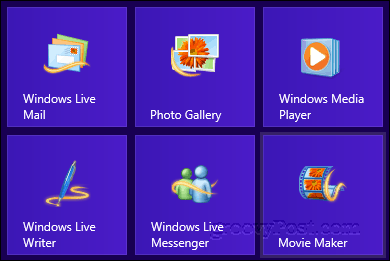 How to Install Windows Essentials 2012 Offline

If you go to the Microsoft download page, you’ll be given a 1.18 MB file called wlsetup-web.exe that is just a front-end for downloading the actual applications. This won’t work after January 10, 2017. What you’ll need is the offline installer, which includes all the applications. It’s a bigger download (130 MB), and it’s called wlsetup-all.exe. You can grab it here: Windows Essentials 2012 Offline Installer.

As promised, Microsoft has pulled the final version of the Windows Essentials 2012 Offline Installer. I’ve hosted a copy in my personal google drive (for personal use). A few readers have also posted a few links leveraging archive.org. Obviously, Microsoft is no longer supporting the tool or patching it for security updates. Keep this in mind if you download it from anywhere online.

Over the years, Microsoft has deprecated many apps that still have a loyal following of holdouts. Windows DVD Maker, which was removed in Windows 8, is a prime example. Similarly, Movie Maker has not seen any updates since 2012 or a universal version optimized for Windows 10. With its new desktop bridge technology, it looks like Microsoft will be moving the existing version to the Windows Store soon. Future revisions of Windows 10 might trigger compatibility problems when attempting to use apps within the suite. Apps like Photos in Windows 10 and Mail are the future, and Microsoft expects users to embrace them. So far, many users have complained about missing features and functionality in the modern versions of Mail and Photos. Microsoft is sticking to its strategy, though, and I believe with the new release cadence and Windows Store model of updating apps, users will eventually see missing features added over time.