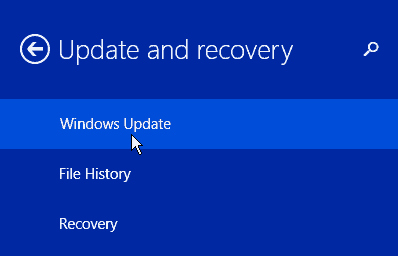 Microsoft released the next set of updates for its controversial operating system Windows 8.1. It’s ready to download now and here’s what you can expect.

It’s nothing impressive, mainly a lot of security and bug fixes for the OS, Office, and firmware updates for Surface tablets. Earlier it was speculated that this update would include a new Start menu that combines aspects of the new Modern UI and the traditional Start menu, but Microsoft decided to scrap that, and it will presumably be available in the next version of Windows, codenamed “Threshold” which is said to be launched early next year.

According to Microsoft, some of the features and improvements include the following:

“Our goal is to continue to deliver improvements to Windows through regular updates in order to respond more quickly to customer and partner feedback.”

“Customers can expect that we’ll use our already existing monthly update process to deliver more frequent improvements along with the security updates normally provided as part of “Update Tuesday.”

If you have Windows set to automatically update, which is the default, you should be prompted to restart in the next couple of days. If you want it right away, go to PC Settings > Update and Recovery > Windows Update and install the updates.

If you’re getting an error, make sure to check our article: How to fix Windows Update not working.

Or you can download and install the updates manually