Windows 10 Briefing next week will be streaming live and speakers include leaders from the OS development: Terry Myerson, Joe Belfiore, CEO Satya Nadella.

If you’ve been testing Windows 10 Technical Preview or following the new OS development closely, you know about the Microsoft event on Windows 10 that is taking place on January 21st next week.

We heard rumors that the event will be live streamed, and Microsoft made the official announcement today on Blogging Windows.

The post by Brandon Leblanc is short and to the point. The webcast will start at 9:00 AM (Pacific) and you can watch it live at  http://news.microsoft.com/windows10story/ 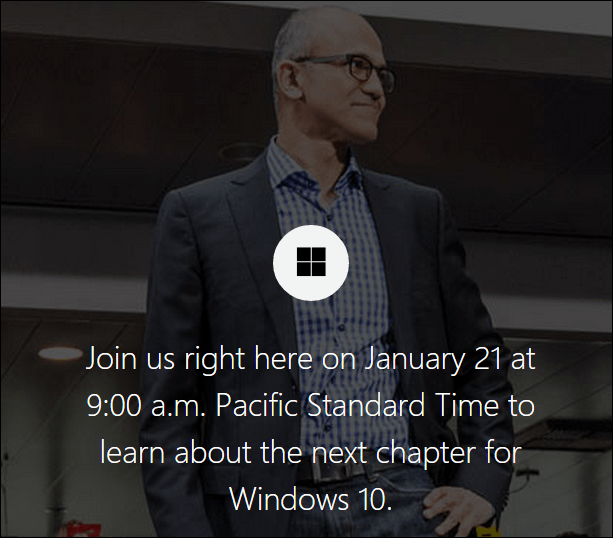 If you miss the live cast, no worries as it will be available for streaming on-demand shortly after the event is over at the same link above.

We are expecting Microsoft to show more consumer features for Windows 10, as well as announce a new build or “Consumer Preview” version during the briefing.