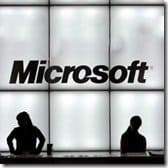 industry partnerships and hardware technologies coming in 2017. The most surprising news is Microsoft is reintroducing Windows support for ARM processors in collaboration with Qualcomm and Intel.

Microsoft first experimented with ARM processors in 2012, when it introduced a variant of its flagship desktop operating system called Windows RT. Windows RT targeted particular SoC’s (system on a chip) with a focus on Microsoft’s new modern application model, now called Universal apps. Windows RT devices were unsuccessful in the market because of a lack of support for x86 applications.

Microsoft’s ARM endeavor saw the company release two flagship devices over its life span called the Surface RT then the Surface 2. The Surface 3 came with Intel guts only. Microsoft would restrict ARM support only to its smartphone devices like the Lumia 950 and 950 XL. The company released a feature update to Windows 8.1 RT, which added elements of the Windows 10 user such as the Start menu.

Today’s announcement is significant, with a return to ARM for the full Windows 10 desktop experience, Microsoft has finally got the formula right. Support for full x86 applications such as Photoshop and Microsoft Office, which Windows RT versions lacked and the power efficiency of the ARM processors; means Microsoft can deliver devices competitive in battery life and performance like Google’s Chromebooks or Apple’s iPad.

In future Windows 10 updates, we will enable connectivity that is always within reach. We will help customers easily buy data directly from the Windows Store and put them in control of how they use Wi-Fi and cellular networks, consume data, and manage costs. We will enable our partners to build always-connected devices without hindering form factor design. Specifically, partners can take advantage of eSIM technology to build devices without an exposed SIM slot, making it easier for people to activate a data plan right on their device.

It is unlikely existing Surface RT, and Surface 2 devices will be able to pick up from where they left off. Windows 10 support for ARM is coming to next generation devices sometime in 2017. Microsoft might be the first out the block with a Surface Pro 5 and Surface Book 2 to show off the new technology. The close working relationship with Intel says as much. I currently own a Surface Pro 3 device , and I love it, but its lack of support for cellular has left me considering an Apple iPad lately. I consume a lot of information and platforms like Facebook, Twitter and WhatsApp are all free on cellular service plans here in Jamaica. With these announcements, Microsoft is revealing its understanding of how the wider world works.