Microsoft recently updated Windows Live Essentials with a few new features in each of the apps in the suite. Here’s the details and download info. 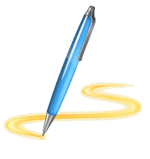 An update for Windows Live Essentials users was announced last week from Microsoft. It mentioned that its entire suite of apps including Live Messenger, Mail, Photo Gallery, Movie Maker, Mesh and of course our favorite blogging tool, Windows Live Writer.

Steven Abrahams, Windows Live lead program manager mentioned users will see new features including the ability to chat with Facebook friends, photo fuse in Photo Gallery and much much more. Unfortunately…. Steven failed to mentioned what exactly was included in “much more” and the Windows Live team is infamous for not including any kind of change log in these update announcements so you will need to play around with the various apps to see what else might have been added.

Before you upgrade, you should also take a look at Steven’s blog post as there are a few dozen comments about people having issues with Live Mail and Live Photo Gallery.