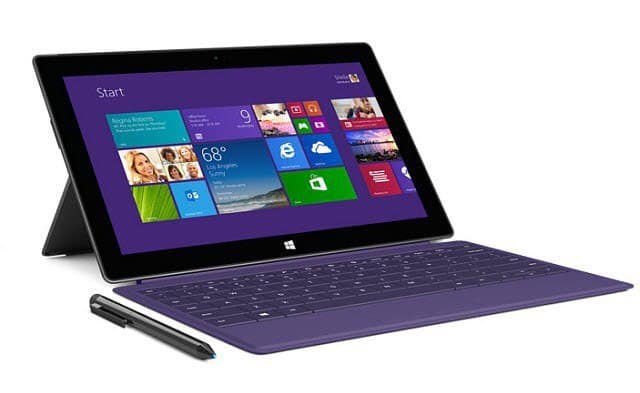 Today Microsoft is streaming its Surface event from New York City live. There’s been several rumors about what the company is going to unveil at the event.

Today Microsoft is streaming its Surface event from New York City live. There’s been several rumors about what the company is going to announce or unveil at the event. More than likely one device being announced it will be a Surface mini. Speculation is the mini would be around 8 inches and run the full version of Windows 8.1 and not RT.

Although, as the event draws nearer, reports say that the Surface mini may or may not happen, but a larger screen device is in the works. According to various sources, one being Computer World, the larger Surface Pro will be around 12-inches. The current Surface and Surface 2 Pro both have a 10.6-inch display.

If this is true, the Surface Pro would compete with so-called ultra books and be considered an actual workhorse machine, not as an “in-between” device. A larger Surface would be considered a modern device that is meant for power users who need to get things done. Of course you can always use it as an entertainment device as well when not working. The added screen real estate should make that experience more enjoyable too. It could actually be a direct competitor to the Apple’s MacBook Air.

We won’t know exactly what will come to light until the event begins, but in my opinion, it would be nice to have a Surface mini with the RT version of Windows, and the purported  large Surface Pro. And, there might be some other surprises too.

If you’re a fan of Microsoft and the Surface, you’ll definitely want to check this one out!

You can watch the live webcast on the Microsoft News Center.

The webcast will start at 8am Pacific – 11am Eastern.

What about you? What would you like to see at the announcement today? Leave a comment and let us know.